Sparky Has A Blog! 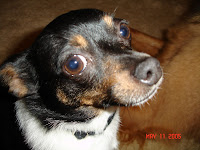 It's been in the works for a while and I finally made it happen today. All of his Dogster diary entries have been moved to the new blog titled Sparky's Pooping Grounds. Not sure if we're going to stick with that name - let's just say it's a working title for the time being. I miss writing for Sparky and I hope this new home gives me the inspiration to start again.
Posted by Gail Dixon No comments:

Email ThisBlogThis!Share to TwitterShare to FacebookShare to Pinterest
Labels: sparky 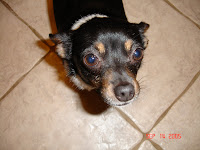 Sparky finally had his dental this past Monday. Dr. Fred at Midway Road Animal Clinic is ah-mazing. He handled the heart murmur situation to my liking, only keeping Sparky sedated for a short time. He did have to pull all his front teeth on the bottom, but he doesn't need those to chew, so it'll be okay. Already Sparky is acting more peppy and his mouth is minty fresh. Almost. For now, anyway.

I will be traveling to see good ol' dad this weekend. Pray, send positive thoughts, anything. I know I will need it. Debating whether to buy a refurbished Nintendo DS to take along. I'll be bringing my camera, laptop, and ipod, but you never know. Four days in the middle of nowhere without internet will be difficult, to say the least. I'll survive as long as the topic of sex isn't broached or heaven help me, he delivers one of his bitter lectures on how stupid I am for having faith in God.

Thanks to my daughter's friend, J, I have two new sources for locating music: Pandora and finetune. I get bored so quickly with music and this helps me track down exactly the type of music that I enjoy. See my Finetune Player to the right margin of my blog. What I really like about it is that it doesn't start up automatically, although code is available for that. One of my pet peeves is music that suddenly starts blaring at me from someone's blog or other place, and I'm frantically scrolling up and down for the STOP button. It's really annoying, especially if you're at work and even more so if it's music you really don't like. Actually, what's worse is someone who has TWO music players on their page that start simultaneously. Don't people visit their own page occasionally to see what's up? Sheesh.

I am really loving "I Will Possess Your Heart" by Death Cab. No doubt that song will be worn out by the time I return from Magnolia. And how is it I have never heard "Million Miles" by Fuel, or not know that the song "Psycho" was by Puddle of Mudd, and never heard Socialburn though they've been around since the turn of the century? Man, am I ever out of the loop. Well, I have a good excuse I think: I'm old. And that's okay.
Posted by Gail Dixon No comments:

I've had a severe case of writer's block lately, in addition to being incredibly busy, so I'll just let the pictures do the talking. Fort Worth Botanic Gardens, May 17, 2008: 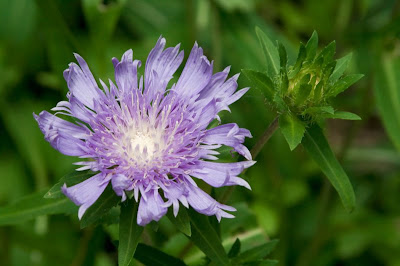 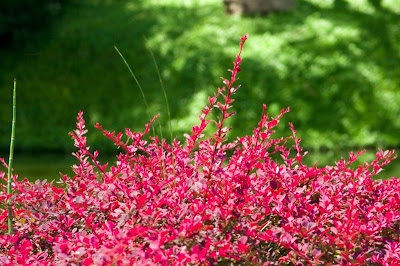 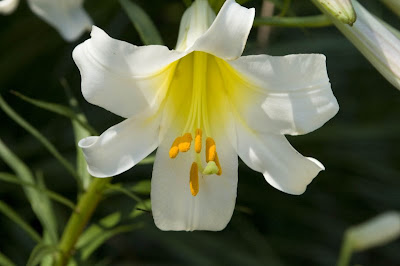 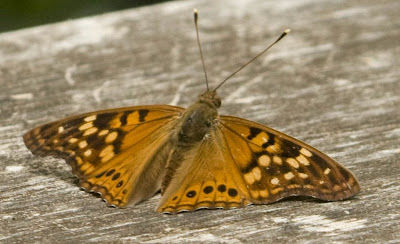 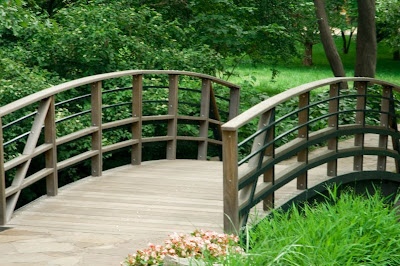 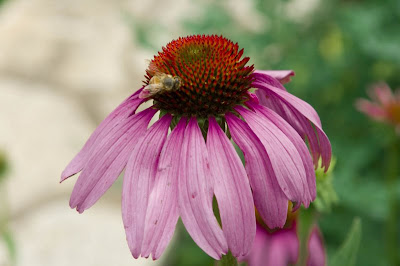 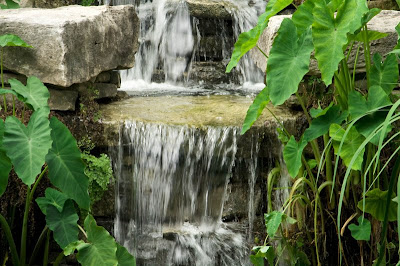 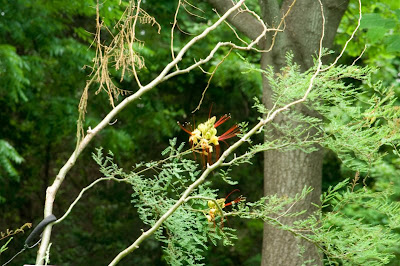 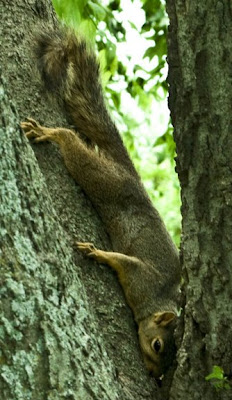 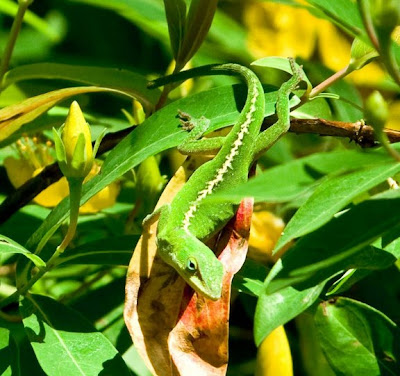 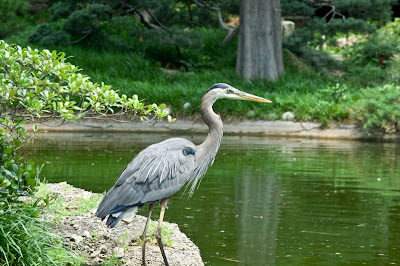 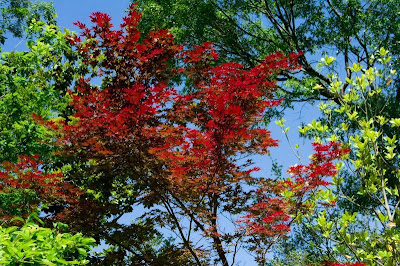 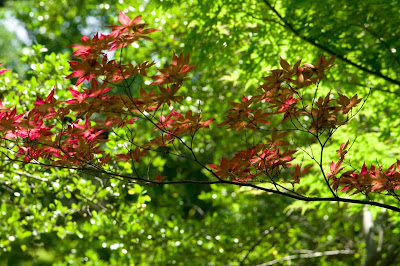 Email ThisBlogThis!Share to TwitterShare to FacebookShare to Pinterest
Labels: funny

You thought I was going to write about a bird again, didn't you? Then you thought I had misspelled the title of my post. Nope, I'm going with Double D and all of my kids to the Taste Addison food festival where The Crowes will be playing. My Mother's Day request was for all of us to be together and this concert seemed the perfect way to do that. We'll be outside, there'll be plenty of food and drink, and we'll get to see The Black Crowes for $10! TEN DOLLARS, PEOPLE! What a deal, right? I'm so excited. My family really rocks. 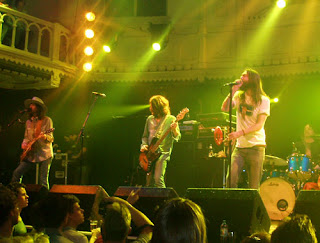 Kitten sneaking up on a Fennec Fox. Isn't this the cutest thing ever?
From Wikipedia: The Fennec Fox is considered the only species of fox which can properly be kept as a pet. Although it cannot be considered domesticated, it can be kept in a domestic setting similar to dogs or cats. In the United States and Canada there is a relatively established community of Fennec Fox owners and breeders.

Pet Fennec Foxes, being the most social among foxes, are usually very friendly towards strangers and other household pets. However, they are extremely active, and need outlets for their energy; they may exhaust other household pets with their playfulness. Moreover, instinctual behaviors, such as hiding caches of food in case of famine and attempting to burrow into furniture to build a nest, can also add to the difficulty of their care. Fennec Foxes are often not able to be housebroken, although a few owners have reported being able to litter-train their Fennec Foxes.

Several factors make it important to ensure that a pet does not escape. Its speed and agility (they can jump four times their own body length), along with their natural chase instinct, creates the risk of a Fennec Fox slipping its harness or collar. Since it is also an adept digger (it can dig up to 20 feet a night in their natural environment), outdoor pens and fences must be extended several feet below ground. Escaped Fennec Foxes are extremely difficult to recapture.

Any diet in a domestic setting should reflect their diet in the wild. Though omnivorous, a great deal of their diet consists of meat and protein sources like insects. Food sources commonly used include high quality meat-rich dog food, wild canine food brands, cat food, raw meats, insects, mealworms and custom dietary mixtures.

The legality of owning a fennec varies by jurisdiction, as with many exotic pets. Also, being considered an exotic animal, not all veterinarians will treat them, so it is important to find one who will provide vaccinations and any necessary medical care.
Posted by Gail Dixon 2 comments:

This is the story of one magical day in the life of Jason McElwain and how it impacted his life and those around him. Warning: may require tissues.

Posted by Gail Dixon No comments: 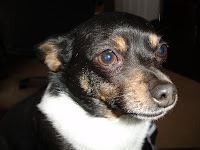 My baby needs a dental in the worst way and I love him enough to spend the money, but I'm having trouble digesting the estimate I received from the vet this morning: low end, $577 - high end, $714. I was expecting about $300-400. Can you say sticker shock? I'm waiting for Double D to come home because I don't want to call him and stress him out while he's working. I had wanted to do a little shopping today, but my heart is not in it now. If I didn't adore the little creature so much or I didn't understand how important dentals are, I could just say "Oh, well. Sorry fella!" But, I can't. Added to all the financial stress is the worry over his heart murmur, which is why the bill is so high to start with. We need chest x-rays and extensive blood panels to be best prepared. Well, off to think some more. Actually, I think shopping just might provide some good therapy, so off I go!
Posted by Gail Dixon No comments: