Happy Halloween, y'all! Are you ready to be spooked?

An old sugar plantation, The Cottage, now lies in ruins along the River Road, just six miles south of Baton Rouge. The plantation burned to the ground when it was struck by lightning in 1960. Frances Parkinson Keyes, the author, lived there for a time.

As with most Louisiana plantations, this one is allegedly haunted. According to legend, one of the spirits is Angus Holt, who had taken care of the family that lived there during the 1800s. After the Civil War he returned to find the family scattered or dead and took it upon himself to care for the property until his death in 1880. His apparition has been seen walking the halls since that time.

At some point, the steamboat Princess exploded on the Mississippi River as it headed towards New Orleans in the 1800s. Seventy people were killed instantly and more than 100 swam to shore, ending up on the lawn of The Cottage. White sheets covered in flour were brought out to help care for the burn victims, yet they all perished. To this day it is said that white powder can still be seen rising into the air on any given evening, as well as bloody sheets. 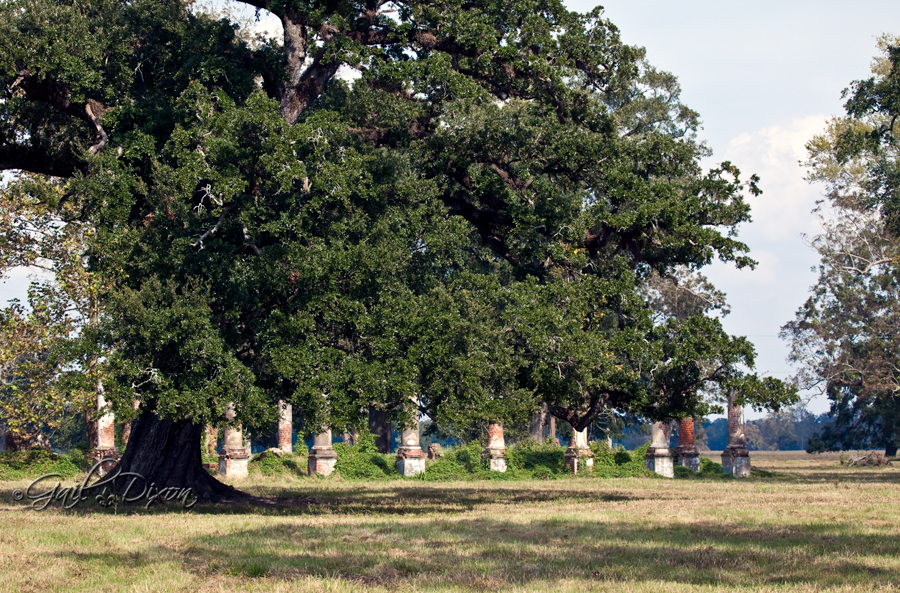 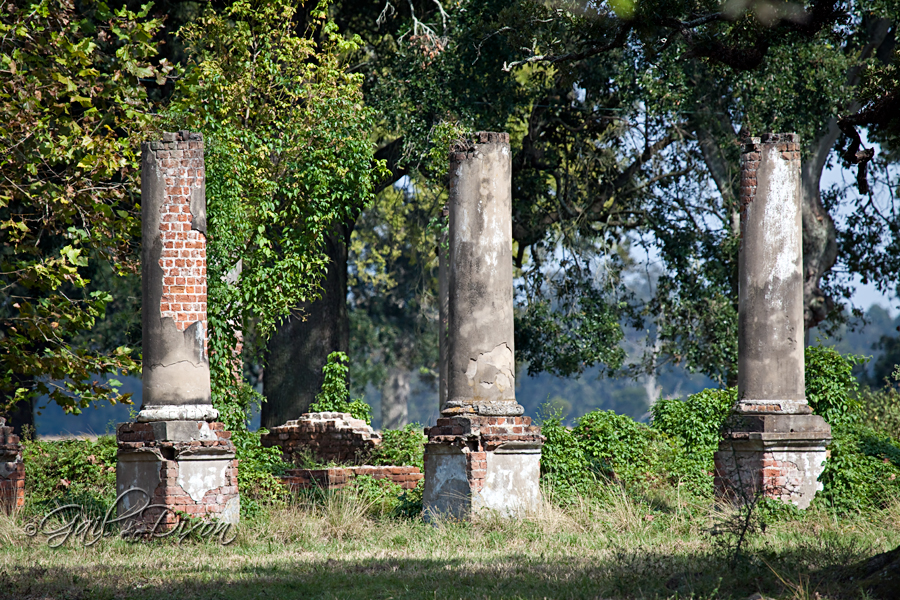 Wishing everyone a safe, candy-filled evening! I will be spending it with my cousin, his kidlets, and a big bowl of gumbo. Boo!

Edit: Below are postcards of what the plantation looked like, which might help answer questions about the columns.

Autumn on Hoo Shoo Too

There are a few stories floating around about how Hoo Shoo Too Road got its name. One tale says Hoo was a friend of Shoo, then they hooked up and had Too. That sounds like something a drunk Cajun might come up with. More likely it's this one: In 1915 a group of men from Baton Rouge formed an organization and built a club on the Amite (A-meet) River. They named the club Hoo Shoo Too after a line in a minstrel show that one of the founding members had seen in 1905. Subsequently, the road built around the club was also named Hoo Shoo Too.

Hoo Shoo Too Road is mostly a rural area with lots of camps and trailers scattered along the river. As I stood on the bank looking through the lens with my camera on the tripod, I heard a car stop behind me. "Hey!" I turned around to assess the situation and was greeted with a toothless smile. "Idn't it purty?" Oh dear God, no. Is this going to be my own private Deliverance? My heart was beating so fast I thought it would fly out of my chest in fear. My phone was in my car several steps away. I  said a quick 'hello' to be polite and turned back around, trying to ignore them. Fortunately, they left after efforts to engage me in conversation failed. The truth is, probably after getting a good look at me, they realized that I was old enough to be their mother. Maybe aging does have its benefits. :/

Anyway! I know that others are capturing much more vibrant colors, but this might be as good as it gets around here. 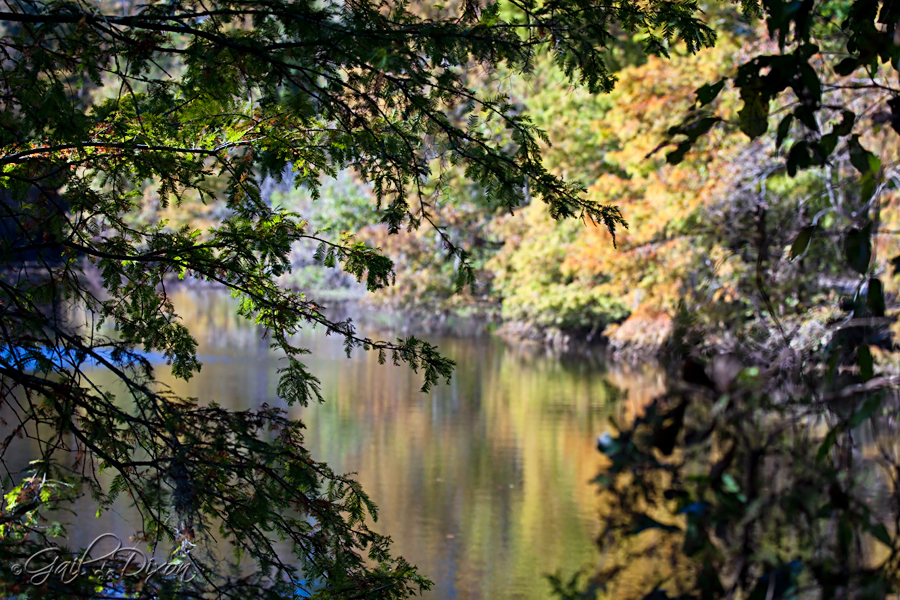 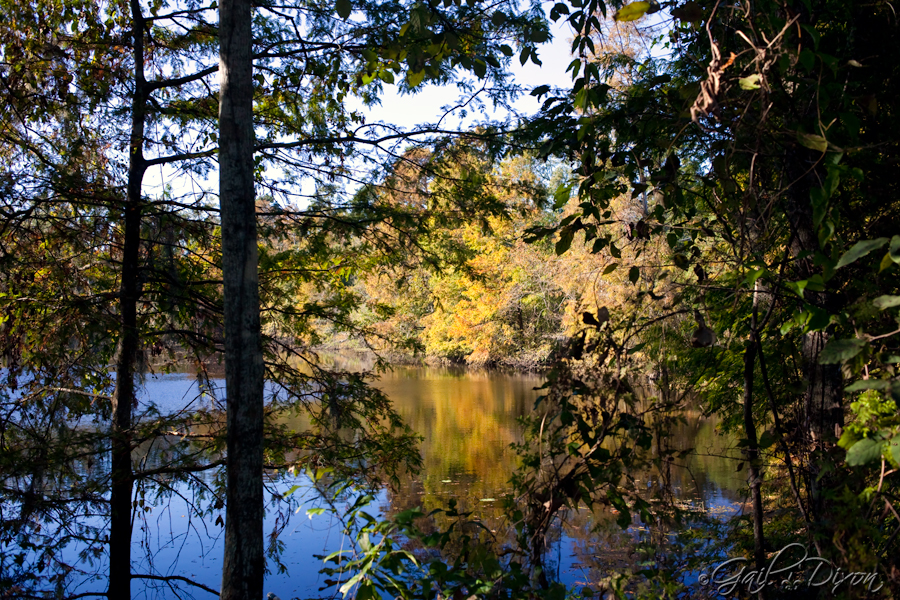 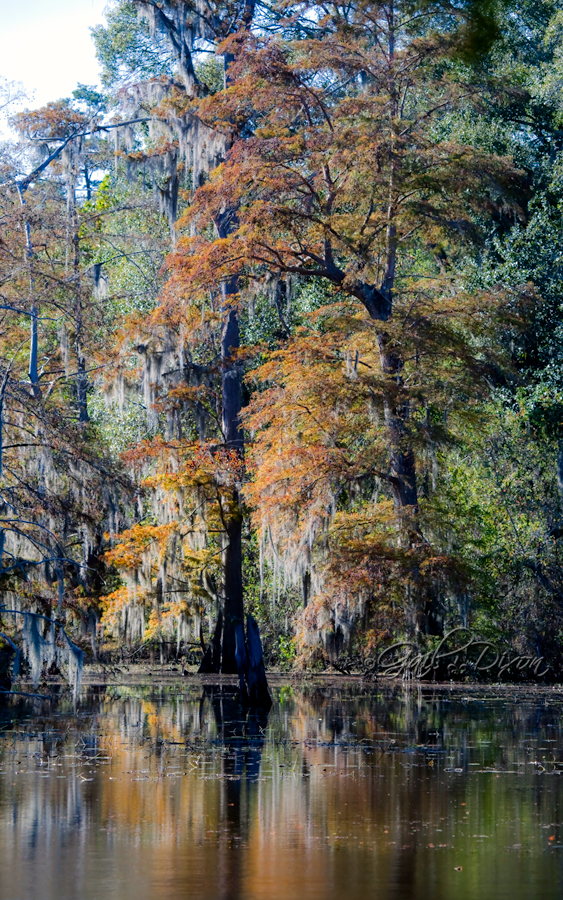 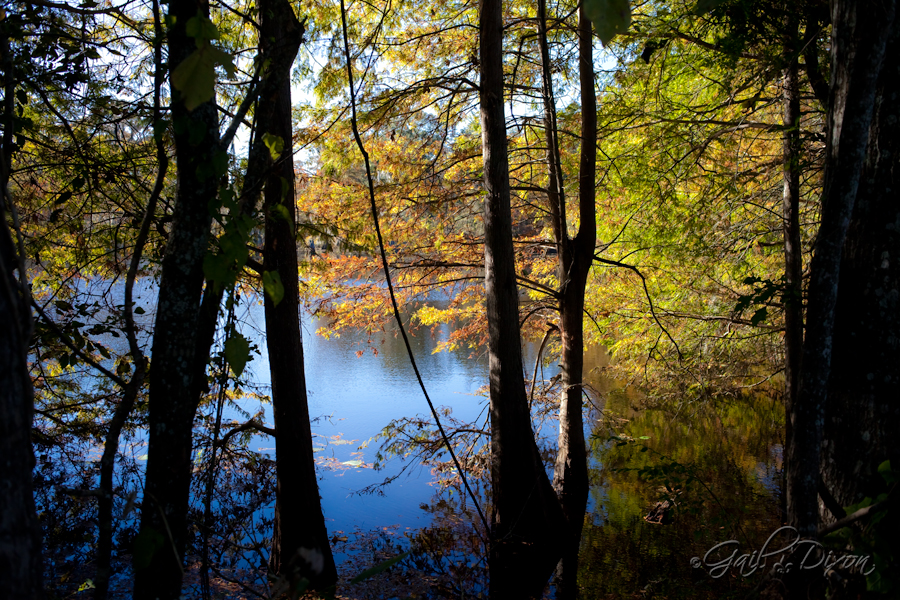 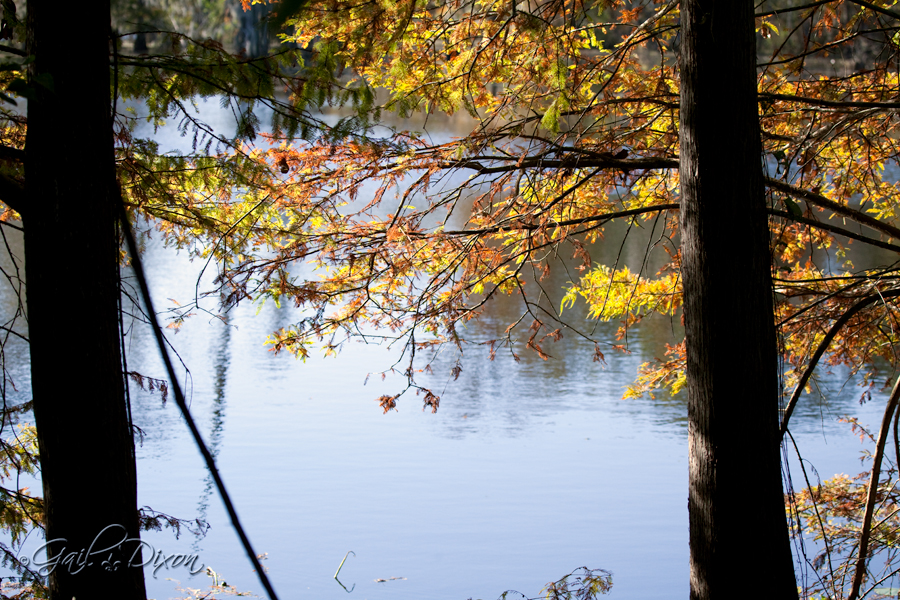 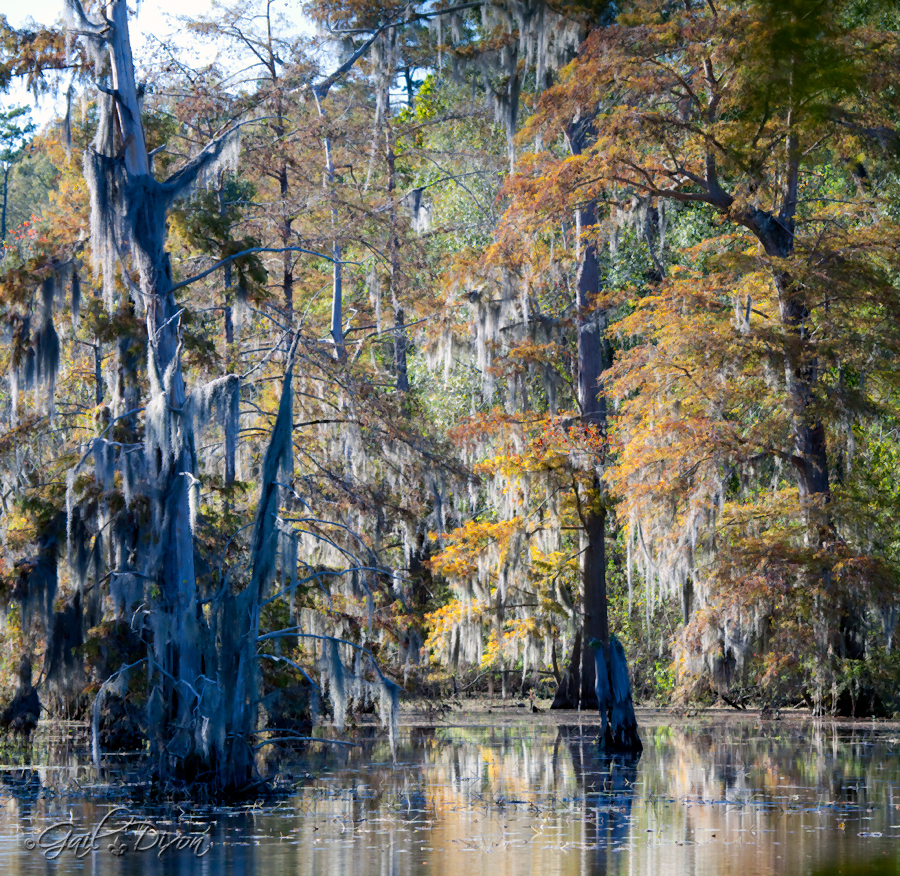 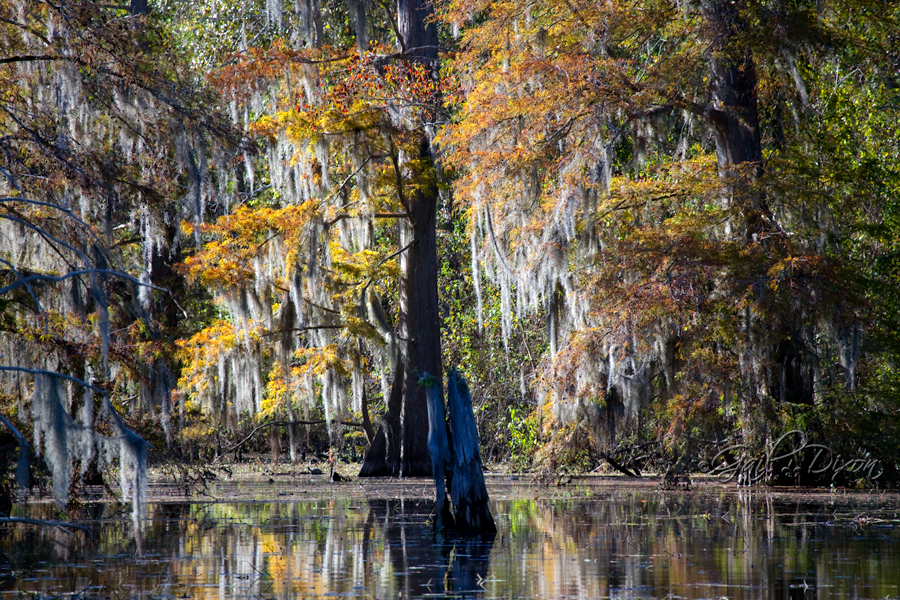 My heart and mind is on those in Hurricane Sandy's path. May God keep you all safe.

Love is in the air

The other day I was out looking for more butterflies when out flew this strange wasp-like insect. I kept thinking, "What the heck kind of wasp is this?" When I got the photos on the computer, Double D looked over my shoulder and said, "Looks like you got two of 'em mating." Huh! Sure enough! I could not see that through the viewfinder, nor was I noticing it on the screen. Man, my eyes have really gotten bad. The whole time I was shooting I had no idea that I was stalking this poor couple. Hee hee.

Our 22nd anniversary is tomorrow, so love really is in the air. Y'all have a good weekend!
Posted by Gail Dixon 37 comments:

Many of you asked how the flowers are cared for at this abandoned site.
A caretaker was there watering all the plants. When asked about the property he
excitedly stopped watering to show us an old, faded photo of the original home.
He seemed to genuinely care for the place. Even though I understand Cajun accents fairly well,
this gentle soul had such a strong dialect that I had difficulty making out his words.
I did a lot of nodding and smiling, charmed by his animated ways and enthusiasm for the old place.
We still connected even though I didn't understand a thing he said! :) 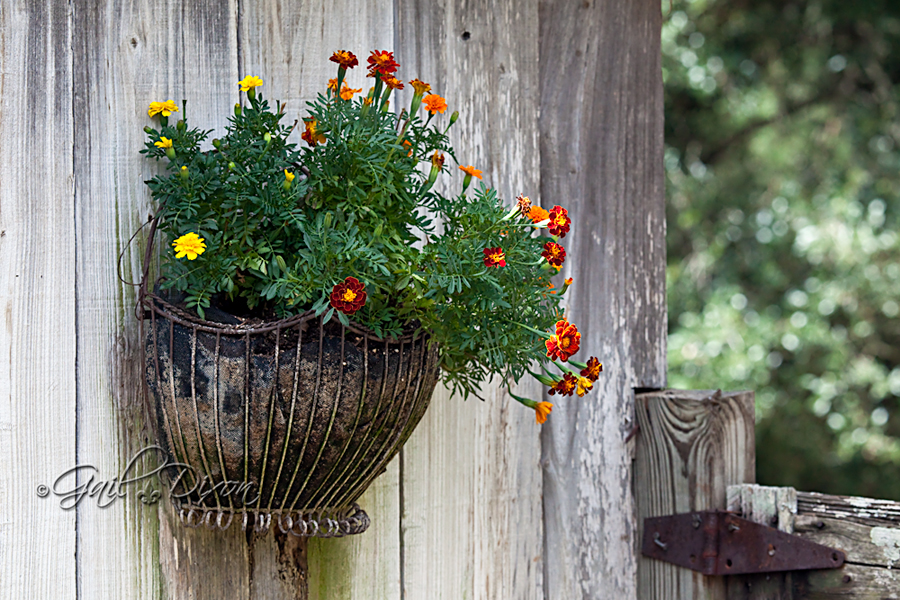 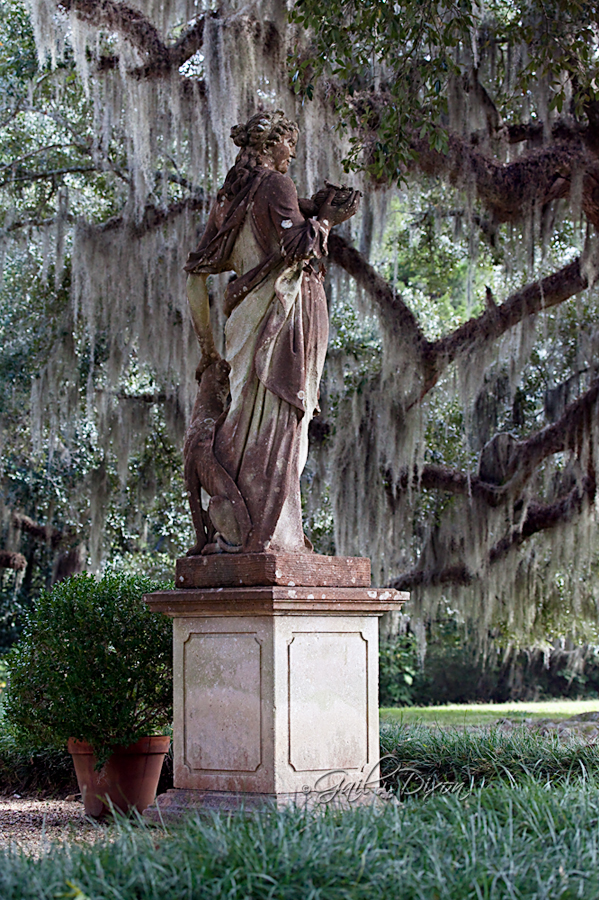 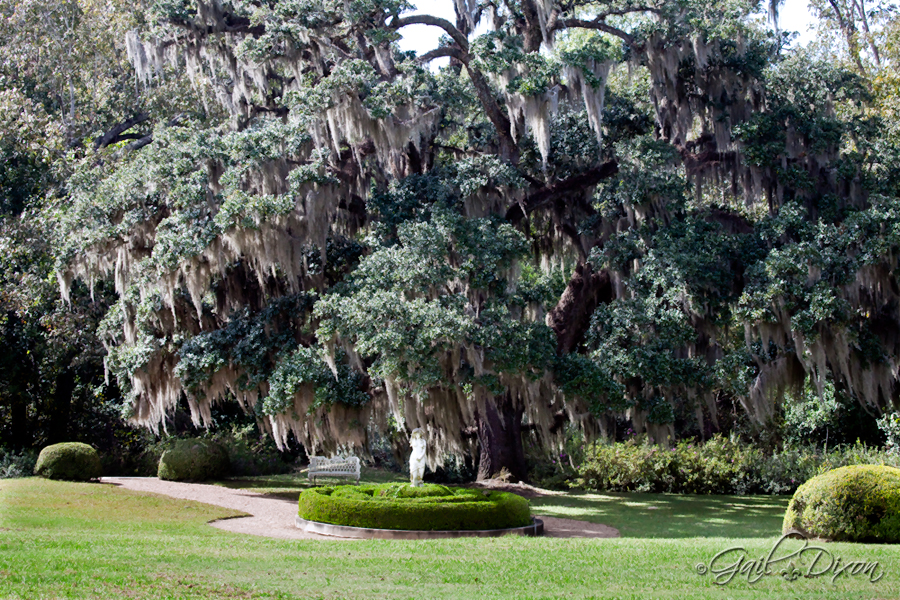 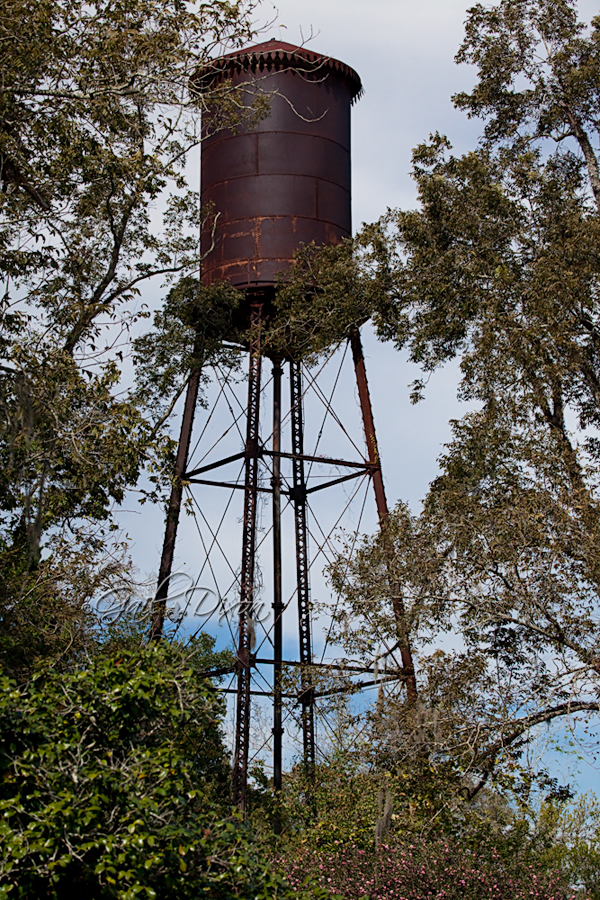 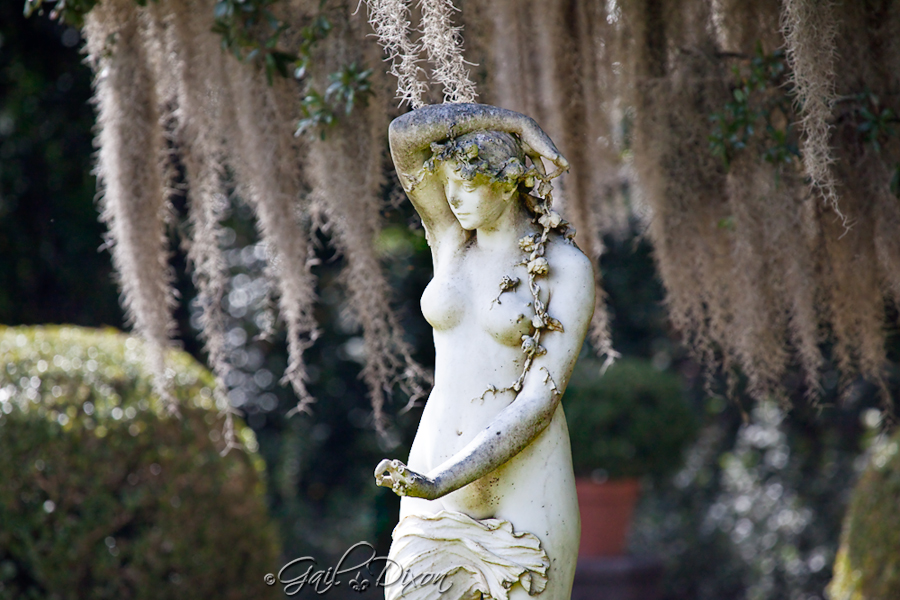 I'm not sure I will be keeping this layout. It works great for pictures, but the words stretching
all the way across on a smaller monitor do not automatically adjust, which is why I am centering
my text. But it looks kind of stupid with the text this way so I may have to go back
to the way it was before. If someone has a formatting suggestion, I'm all ears!

Double D and I drove to St. Francisville, LA after church to see the countryside. It was such a beautiful day, I told him that if he wanted to stay inside and watch football that it was fine with me, but I was going somewhere, anywhere, to enjoy this gorgeous weather. I didn't say it in a way to make him feel bad, but he said he'd rather spend the day with me. Cue the "awwws" now. :)

We ended up at Afton Villa Gardens. A quick history: In the mid-1800s David Barrow constructed a grand home for his second wife. It was well cared for until 1963 when a fire destroyed the villa. The remnants are surrounded by lush gardens, with various statues and pillars scattered about.

Imagine my delight when I saw a barn off in the distance! Although I have many other photos to process, the barn took top priority. Tricia, thank you for hosting barn charm. I'm so excited to finally participate! 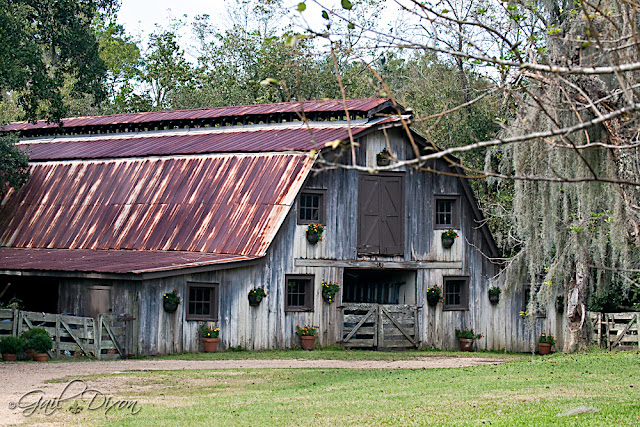 Edit: Just found out about Homestead Barn Hop, so I'm linking there, too!

As you can see, I reformatted my blog. A HUGE thank you goes to Brian King for helping me with questions on sizing my images and other blog issues. The time he took to answer my questions was very generous, kind, and deeply appreciated! Please let me know if you have any problems with the new layout. Thanks!
Posted by Gail Dixon 49 comments:

The past three days I was in Mississippi staying with my dad while my stepmom is out of town. We had a great time together, spending Tuesday at a beautiful hunting lodge and Wednesday at a civil war cemetery. During this time, I photographed a variety of deer, flowers, civil war artifacts (from my dad's collection), and gravestones. But out of 461 photos, my favorite set was of Oodles, their half bichon, half maltese (I think) mix. Oodles rules the roost. She growls when it's bedtime, barks when she needs to go out, barks when she's hungry, and is fed by hand—by my otherwise tough dad—out of a crystal bowl. I never got treated so royally when I was a youngster. Well, she is too cute to resist, I must admit.

The moods of Oodles:

I'll be around later to catch up with everyone! Hope I didn't miss too much while I was away.
Posted by Gail Dixon 39 comments:

We stopped by Home Depot to get mulch for the beds and trees this afternoon. Smitten with the mums on display, I retrieved my new camera, which is my new bff accompanying me everywhere, and shot these with the 400mm lens, hand held. We're still getting to know one another and I'm still trying to think of a good name for her, but overall I am happy with the new purchase. I was almost starting to regret buying the 5D MKII with its full frame sensor (a cropped sensor gives you more reach with lenses X 1.6; i.e., a 400mm lens becomes a 640mm lens). BUT, here's where the major difference is: the full frame sensor lets in more light and the quality is superb. So while I was debating if the loss of the extra reach was worth it, I am now convinced that it definitely is. 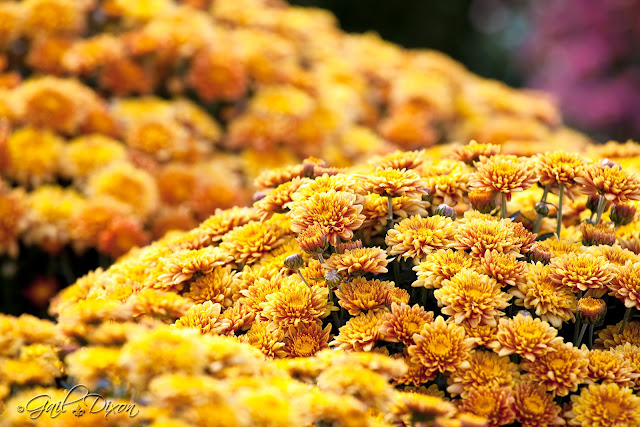 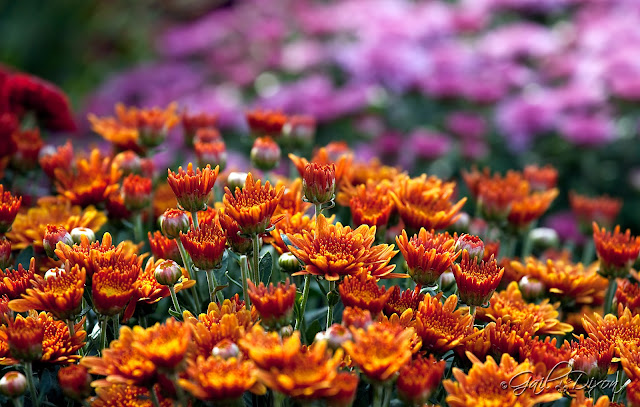 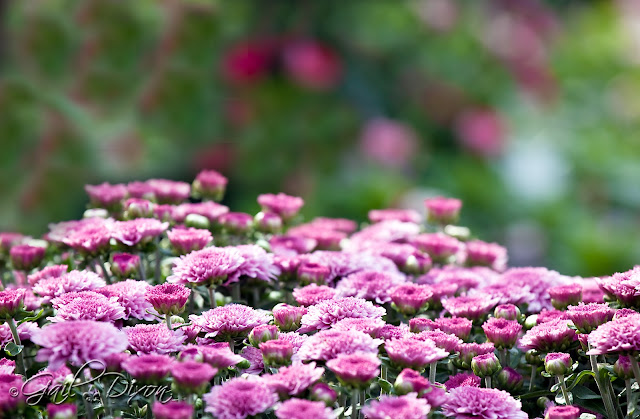 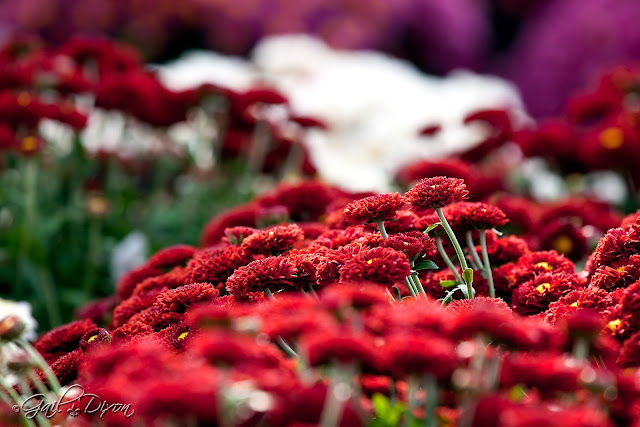 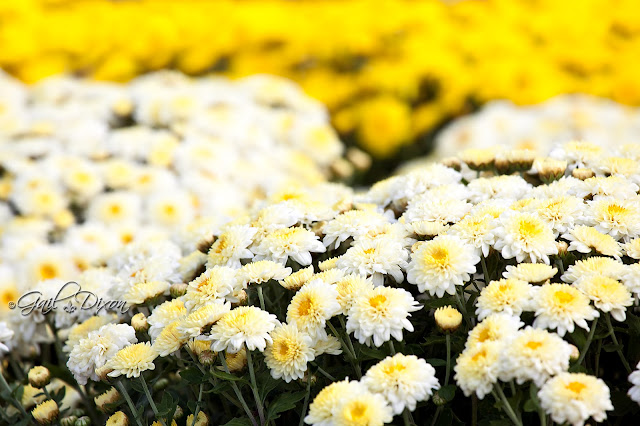 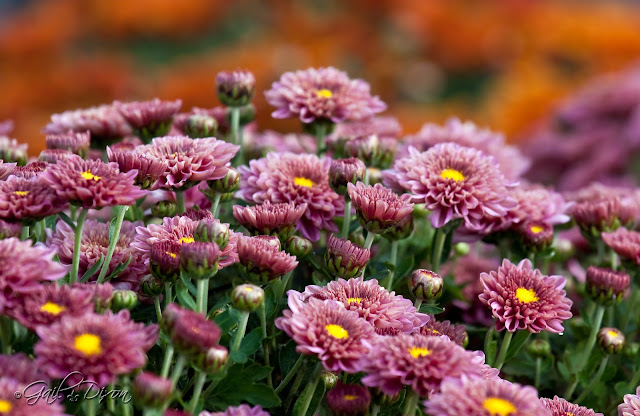 About the LSU vs SC game: my ears are still ringing and my right arm is bruised thanks to the inebriated, overzealous fan who stood next to me. Every time LSU made an awesome play, he'd grab my arm and shake me like a rag doll. Thank goodness LSU only made two exceptional plays or I might have a concussion. LSU won, yet I am the one bruised and battered. What the heck? Oh! And with 92.5k fans pouring out of the stadium, I ran into my first cousin. What are the odds?

I am headed out to my dad's for a few days, so I won't be around to comment on blogs or post until later in the week. Y'all have a good one!