Last week I received my Google Voice invite. It's a really cool service that basically allows me to choose a personal phone number from a list of available numbers. With this new number, I can control where I receive calls, whether land line, work and/or cell. Simply tie your numbers to it, set up a contact list, and personalize where you want the calls to go.
There is a "send to voice mail" option for those annoying souls that always seem to call at the wrong time. Beautiful, right? For close family and friends, you can instruct calls to go to your work and cell. If someone leaves a message, you can listen in on the message while the person is leaving it and decide if you want to accept the call at any time during the message. Read more here.
But the COOLEST thing about Google Voice is the voice mail transcription. This cutting edge technology will send a text to your phone with a brief snippet of the voice mail, an email to your gmail account along with transcription, and also to the Google Voice account with the transcribed text and the actual recording.
I've had the number about a week only giving it to Jay, and that was simply because it came up in an email conversation. As much as I think this is the coolest thing I've seen in a while, I wasn't quite ready to send out the mass email to have everyone change my number. I was just getting my toes wet - you know - testing the water. Well, my daughter found out that Jay had my new number, so she called it tonight and left a voice mail asking me to explain why Jay had the number and she didn't. When I got the alert, this is what the transcription said:
hello apparently danny hi it's your new google order number but you're all in order to not you know i thought that was a bit of a travis he and if you gimme a call back and hopefully we can rectify that situation alright bye
When I read that I thought, 'now what kind of yay-hoo is leaving me cryptic messages on an otherwise boring Thursday evening?' When I clicked play and heard my daughter's playful voice, I fell out of my chair laughing. I laughed so hard, the dogs almost went into orbit, having never seen me laugh so hard. Here is what she really said:
SO, apparently, JAY has your new Google Voice number, but your OWN DAUGHTER does not (laughter). So, I thought that was a bit of a travesty. Give me a call back and hopefully we can rectify this situation (more laughter).
In conclusion, I highly recommend signing up for this service purely for entertainment value if nothing else. I told my daughter that whenever I'm feeling blue, I'm going to ask her to leave me a voice mail on Google Voice. Seriously, GO GET your Google Voice number!
Posted by Gail Dixon 3 comments:

Email ThisBlogThis!Share to TwitterShare to FacebookShare to Pinterest
Labels: technology

When I was 19 years old, I became a mother for the first time. I remember reading all the baby books and feeling like this was a role I was ready for. After 26 hours of labor, my boy arrived, healthy and well. Relief. One prayer answered. Hours later the nurse placed him in my arms for the first time. An intense feeling of fear came over me and I gently handed him back to the nurse in tears. It wasn't that I didn't love him. Quite the opposite. I loved him so much that I was afraid. What if I dropped him? What if I let him down? Well, I did make many mistakes over the years, but once I overcame that initial fear, I loved being a mom.
He's my most resilient, stubborn child. At age 3 he decided he no longer needed me to tuck him in and kiss him goodnight. I was heartbroken, but I gave him that space. If I had that moment back again, I would kiss him and tuck him in anyway. 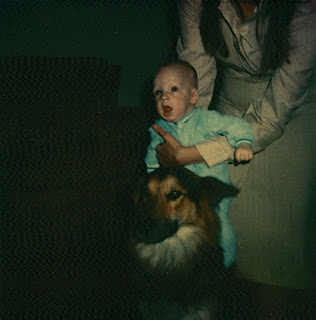 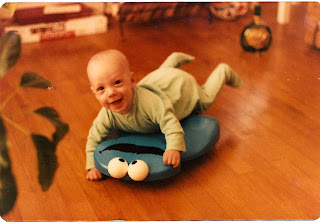 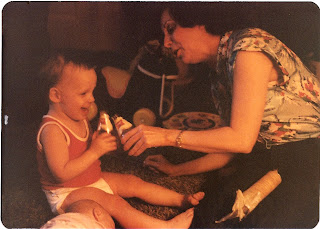 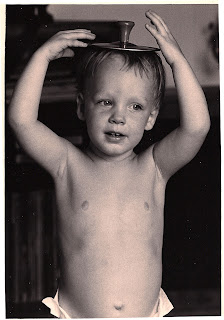 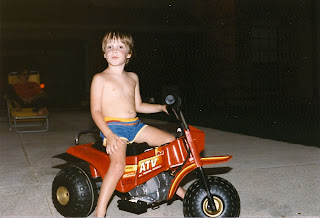 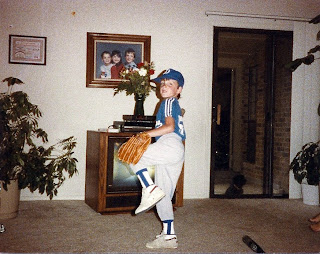 My Raging War with Hashimoto

Last year I was diagnosed with Hashimoto's Thyroiditis. Basically, my immune system developed paranoia, and thinks my thyroid is a foreign enemy, thereby attacking and destroying it.

There are two types of thyroid malfunctions: HYPOthyroidism and HYPERthyroidism. Of course I got the underperforming HYPOthyroidism which, among other things, has caused me to gain about 30 extra pounds. And I can't get rid of the extra weight - even with my medication. If I'm going to be cursed enough to get a disease, why couldn't it be the one that causes me to LOSE weight? I want hyperthyroidism, dadgummit! *pouts*

This butterfly shaped little gland wraps around the windpipe producing hormones that regulate just about every organ, tissue, and cell in the body. The pills I'm taking are supposed to mimic what my thyroid should be doing (I think), but if that's the case, why do I still feel so sluggish all the time? Why am I so forgetful? Why can't I lose this frickin' frackin' weight? It seems everything I eat is deposited permanently around my mid-section.

I'm trying to do my own research because, to a certain degree, I distrust doctors and prescription medicines. With so much information out there, maybe there is something else that can help me. One little click could change my life. So far, I've discovered that eating raw vegetables like broccoli, brussel sprouts, and cauliflower are bad and must be consumed in limited amounts if cooked. Soy is bad, but I already knew that. Iron supplements are also a no-no. Before taking any supplement, it must be determined if it will interfere with the medication. *sigh*

When I start reading all the dos and don'ts, I feel extremely overwhelmed. And with the memory loss, how am I supposed to retain all this? Wait, what was I saying?
Posted by Gail Dixon 2 comments:

Email ThisBlogThis!Share to TwitterShare to FacebookShare to Pinterest
Labels: health

The Hardest Part is Over 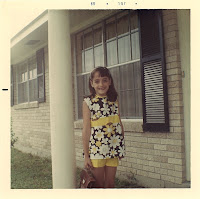 About a month ago, I set a goal to scan my entire photo collection. I am finally finished. What a relief! And what a chore! I almost wish I was one of those people who start things and never seem to finish. I am definitely NOT in that category. If I start a project, whether work or personal, it becomes a race to see it through to the end. I literally cannot rest knowing I have an unfinished project.
I had some name-saving issues along the way, but managed to figure out short-term, if not permanent solutions to get me through. For instance, I began saving photos into existing folders on my hard drive, but when the files started growing in number, I was encountering duplications, even when adding the year. Adding numbers or letters - i.e., 1, 2, 3 or a, b, c - behind the year or name didn't offer enough of a distinction and didn't look good, either. Another problem was having too many people in a picture. Having a file name like "joe_celina_gail_ray_betty_joanne_1968" was way too long of a file name, and added to that there was the dilemma of which folder to save it in. This forced me to create folders for events like, "Christmas 1968" or "Acaldo Family-Misc". That way, I could just keep the file name given by the scanner and go back later to add detailed descriptions. Basically, it just delayed the file naming chore, which I will address...at some point.
Thus, the project continues, but the most tedious part is over.
I still can't decide if I should have the year first, then the primary person's name or event, or the person's name or event and then the year. There is still a lot to go back and perfect, but at least they're all scanned, which was the most time-consuming element. Whew! Glad that part is over. Yay me!
A small sampling: 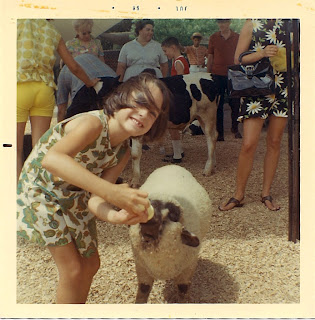 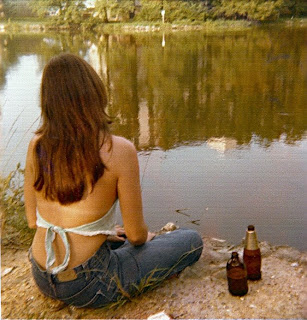 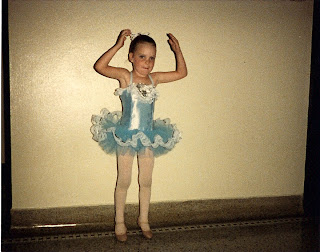 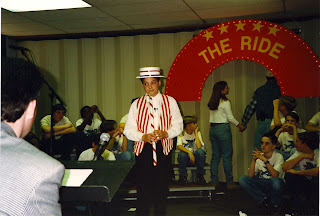 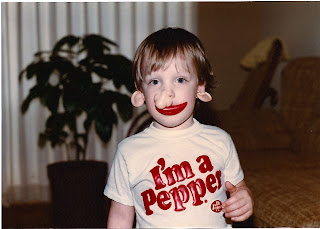 Out of my 3 fabulous children, Michael is the only one with big brown eyes and olive skin - like his mama. :) He was my most clingy child and I loved it. He was so lovable and the most loving little boy you can imagine. He's still that way, but now that he's a man it's a little awkward getting too kissy-kissy with him. Besides, he doesn't fit on my lap anymore.
Seems like it wasn't so long ago that my baby was...well... just a baby. His main interests were his mommy, his thumb, and his blankie. How do the years disappear so quickly? Sometimes I get all "George Banks" while Michael is talking to me, imaging that he's sucking his thumb with his blankie shoved under his nose. It's my most favorite memory of him.
Happy 26th birthday! *sigh* 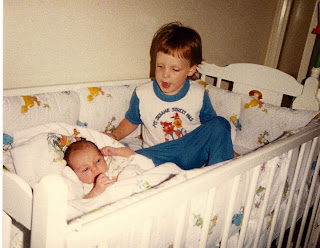 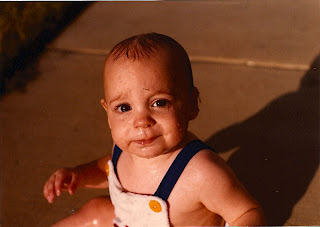 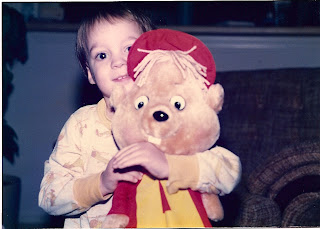 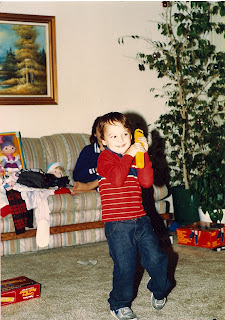 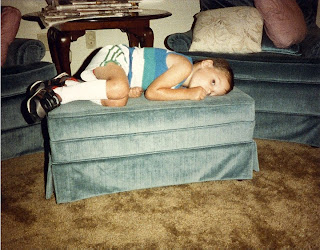 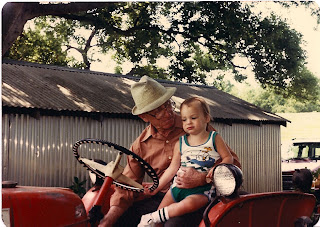 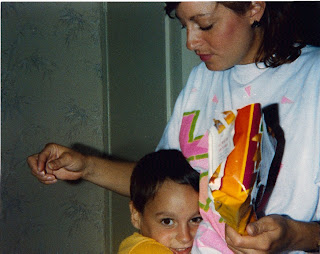 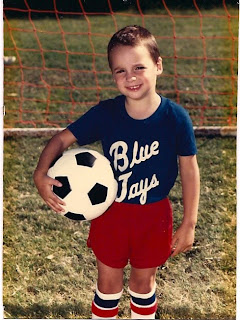 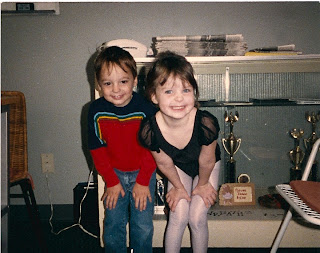