These dragonflies were photographed at a local arboretum in Baton Rouge. Every once in a while I can get one that seems to enjoy posing for the camera, allowing me to get fairly close. But most of the time, they are extremely skittish. If you spot them flying around, pick a dead stalk or something metal to stand near and be very still (with your tripod). Eventually, they'll probably come around to light, but it takes an inordinate amount of patience--something I lack in all other areas of my life--except photography. :)

Approximately 5680 different dragonfly species belong to the order Odonata. They are beneficial for eating mosquitoes, flies, bees, ants, and wasps; very rarely, butterflies. In turn, they can be eaten by frogs, birds, lizards, and spiders. Dragonflies hang out by rivers, ponds and marshes, so if you find yourself near a water source, they are probably around somewhere. 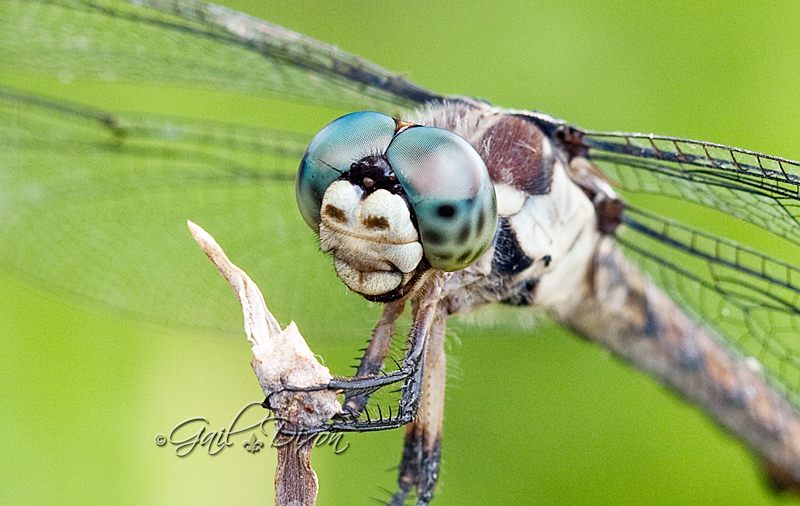 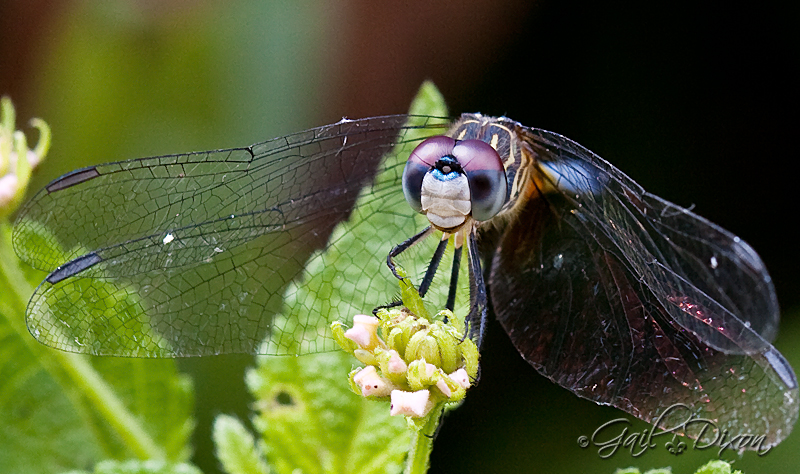 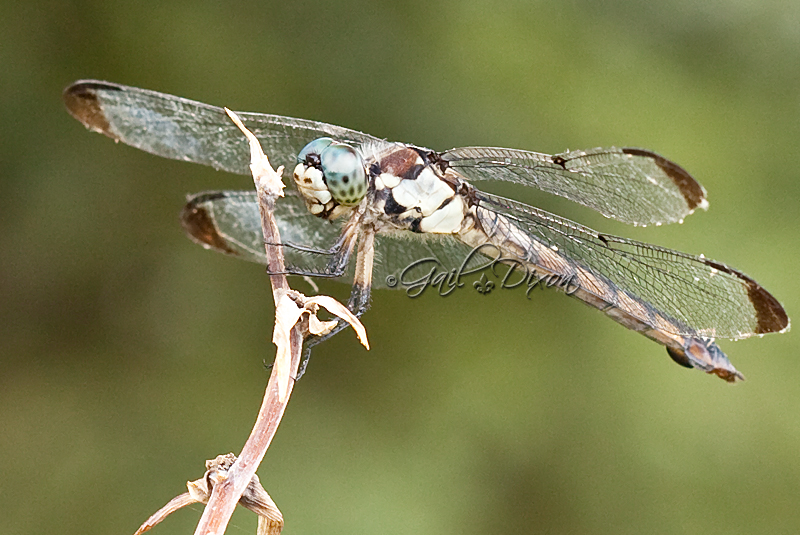 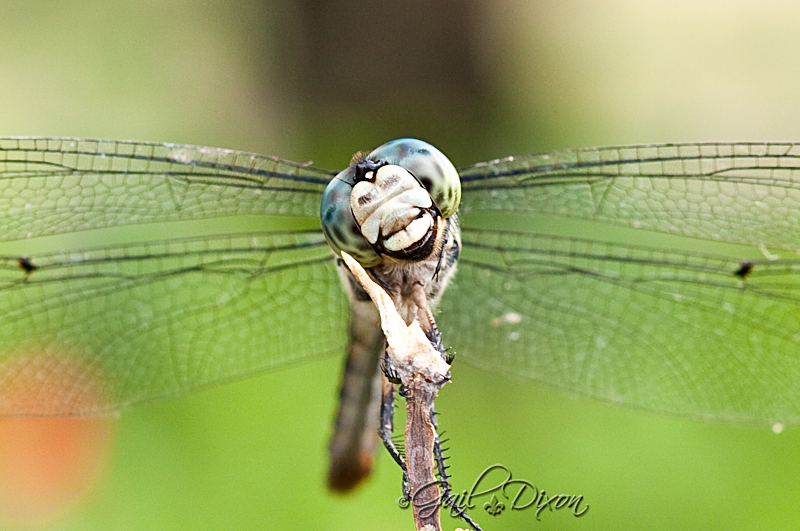 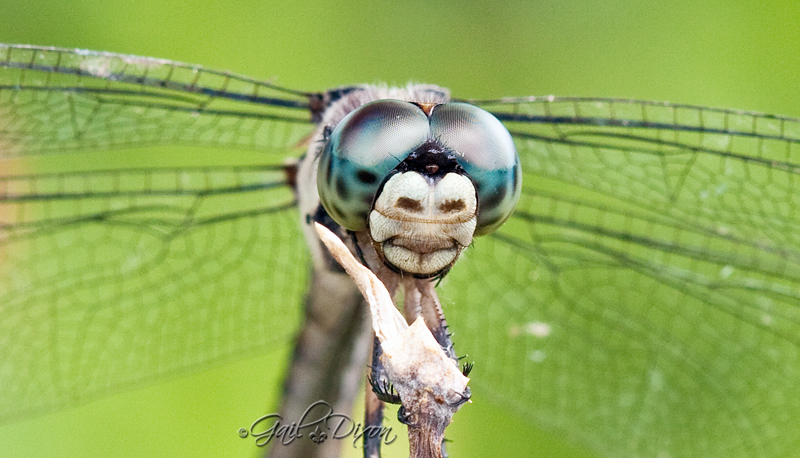 Macro shots from August. Hope you enjoy and have a fabulous weekend! 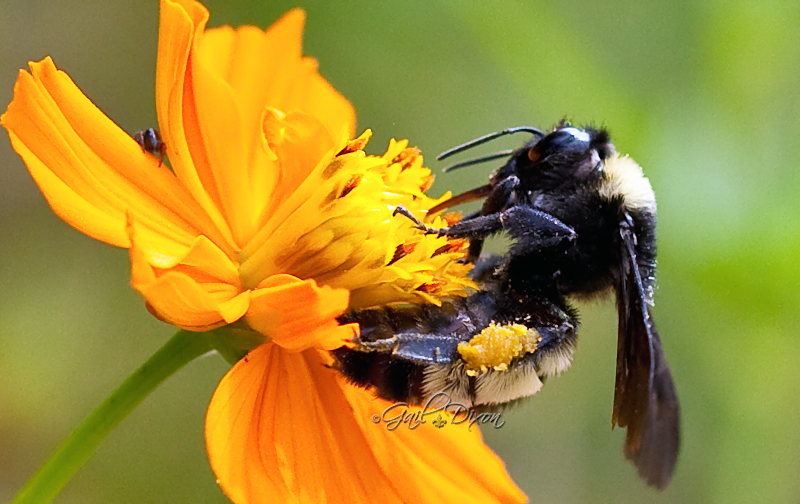 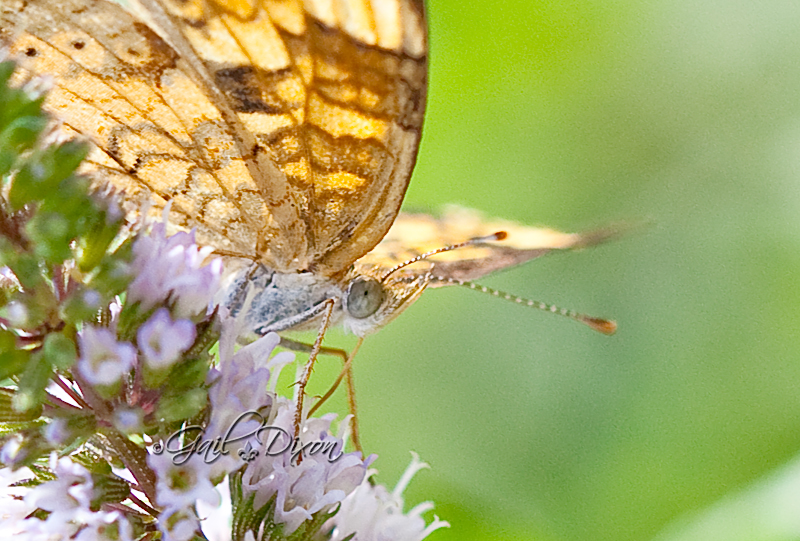 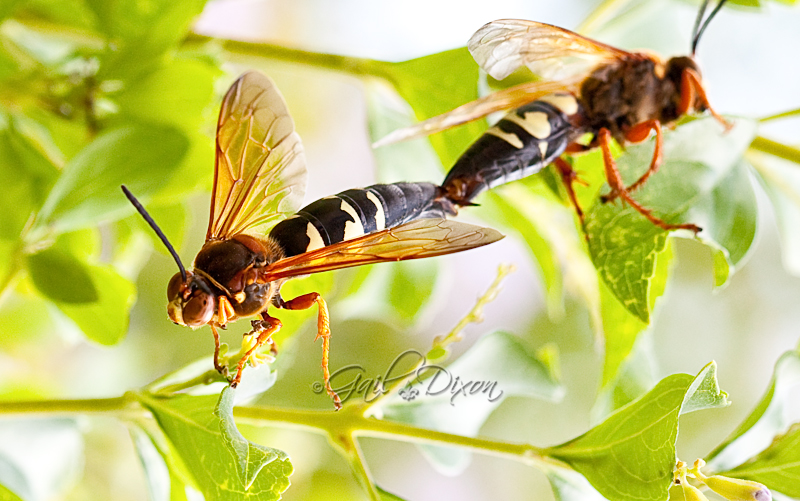 Some of you have asked how close I am able to get to the subject with the Canon 100mm macro lens. The lens allows a 12" focusing distance, but it's not likely that I can get that close with insects. Most of these were at an average distance of 2-3 feet, sometimes farther, and were cropped in post-processing. Even when I am able to get as close as 12", cropping is still necessary with very small subjects. I LOVE my macro lens and wish I had purchased it sooner!
Posted by Gail Dixon 38 comments:

A family of red-bellied woodpeckers are frequent visitors to our feeders. Before I see them, they loudly announce their presence with distinctive churr churr calls. The babes prefer seed cake and suet while the parents go for the peanuts. 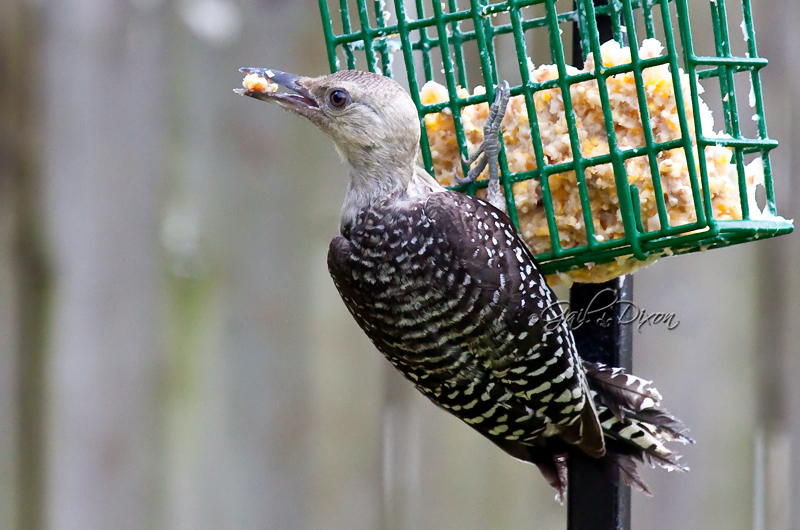 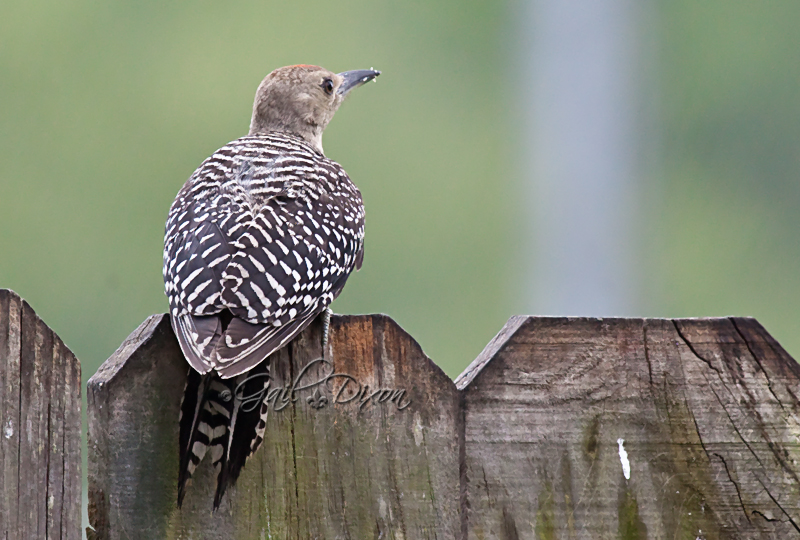 The downy woodpeckers are also big on announcing themselves in advance of appearing. They make a series of high-pitched pik pik sounds. I always respond with "Well, hello to you, Mr. Downy!" 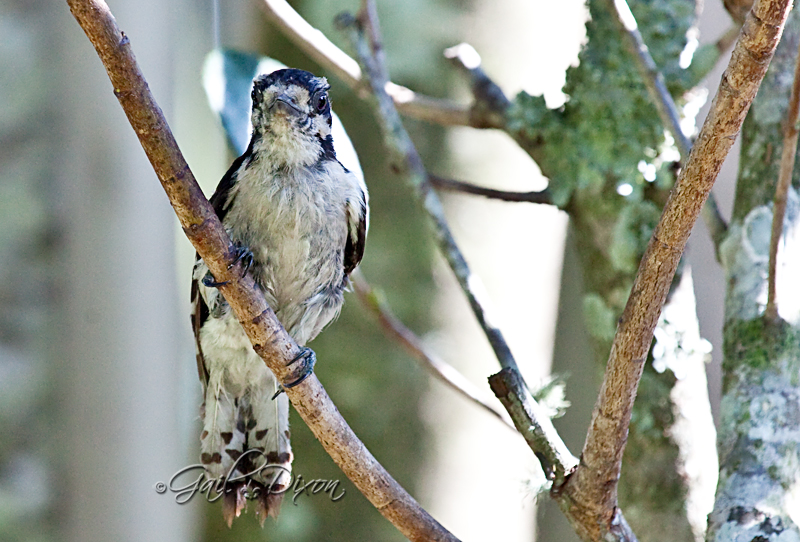 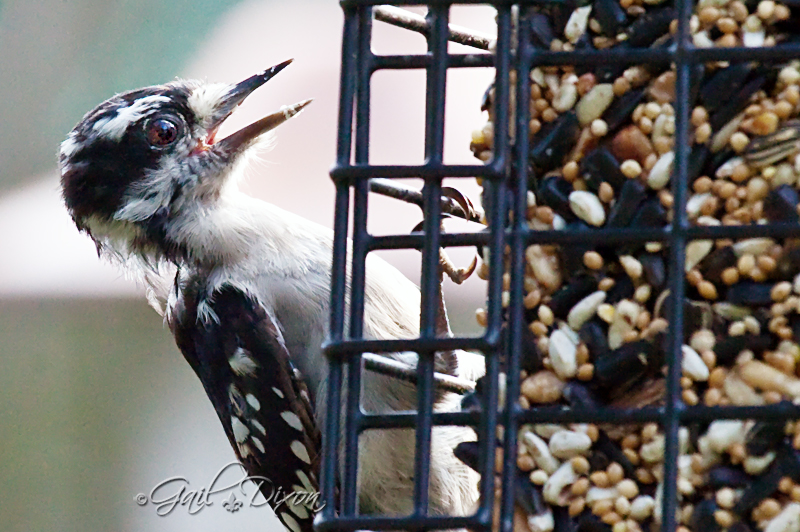 Keeping these birds fed is getting expensive! I guess it's cheaper than shopping at the mall or going to the movies, AND so much more rewarding. :)

All shots taken in June with the 400mm lens, except the last shot which was taken in July.

EDIT 3:00PM: Going on an impromptu fishing trip with my dad in Mississippi. I will return tomorrow (Thurs, 9/26) evening. Y'all be good!
Posted by Gail Dixon 31 comments:

It's good to be back blogging again. A big, hearty THANK YOU to the wonderful souls that are still here visiting. 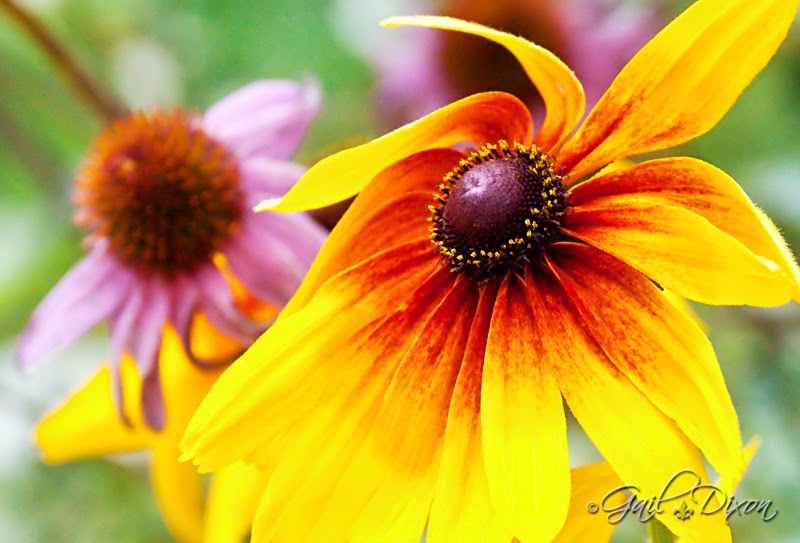 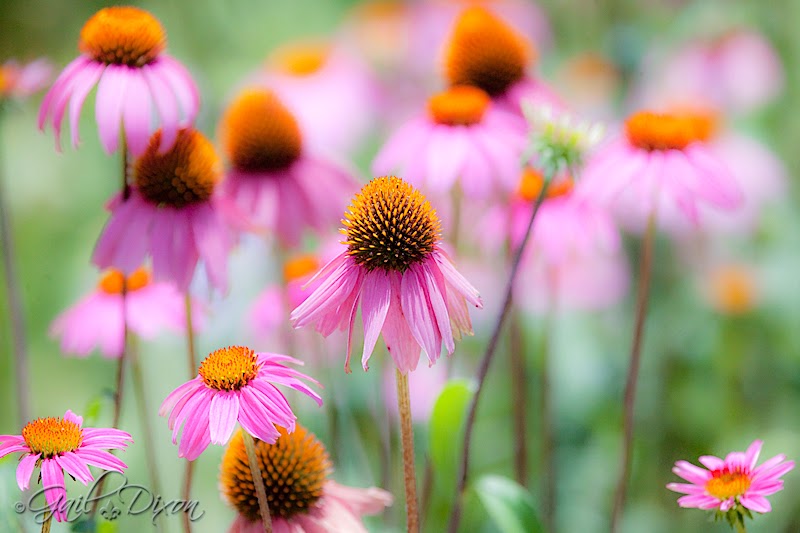 For those of you who prayed for, worried over, and asked about my eldest son, I have good news: he is in his fourth week of college at the University of North Texas in Denton. He has some significant physical challenges from a 6-story fall 13 years ago, but he told me that he's determined to make straight As. I'm very, very proud and pray that he will meet his goals and stay on this path. No more detours, JB!!! Many thanks to all who have inquired about him over the last two years and for your prayers. Blessings are starting to flow and it certainly is welcome a relief. Thank you, God!
Posted by Gail Dixon 37 comments:

Recently, my aunt and uncle invited us to a boat bash on Lake Maurepas (MAR-eh-PAW). It took about an hour to get there on my uncle's boat. Not knowing what to expect, I brought along my bff, Bertha (my camera). It was a beautiful, clear day. We listened to music playing from a platform as all types of boats and watercraft gathered 'round. They started off with classic rock, but as the day wore on, it changed to hip-hop. :( Surprisingly, there weren't any crazy shenanigans, just folks enjoying the weather and music. Something about floating on water is very relaxing, I must say. 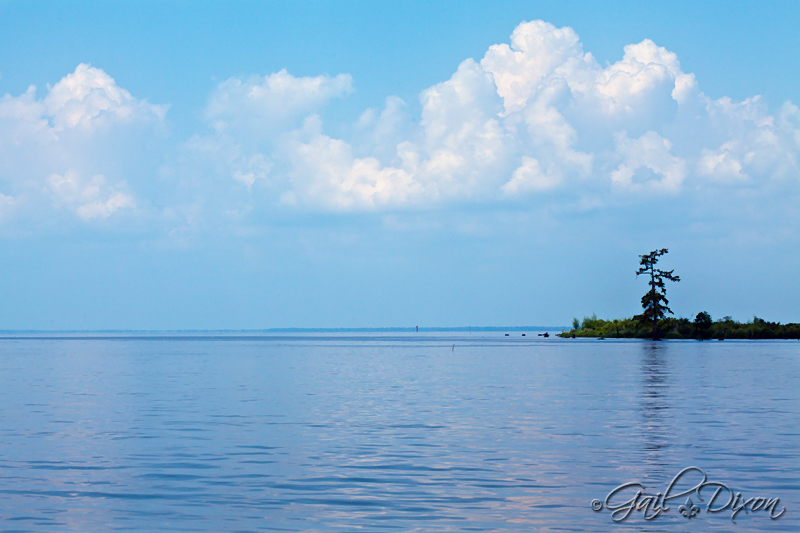 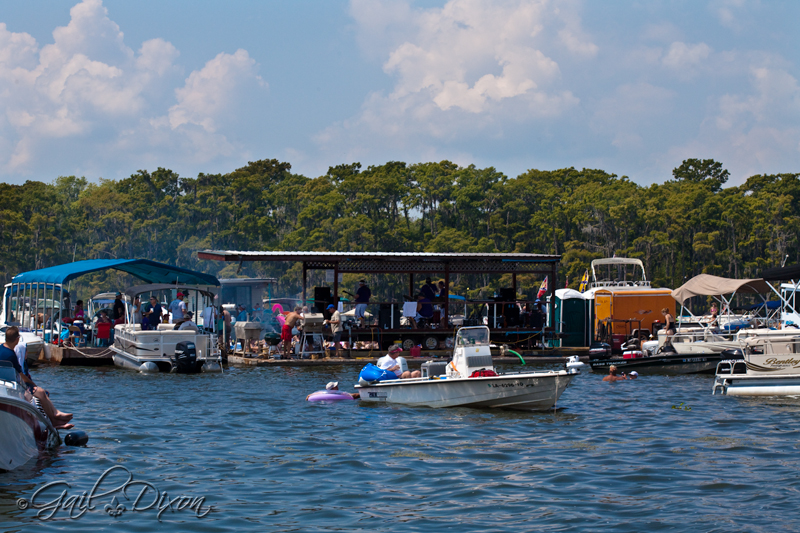 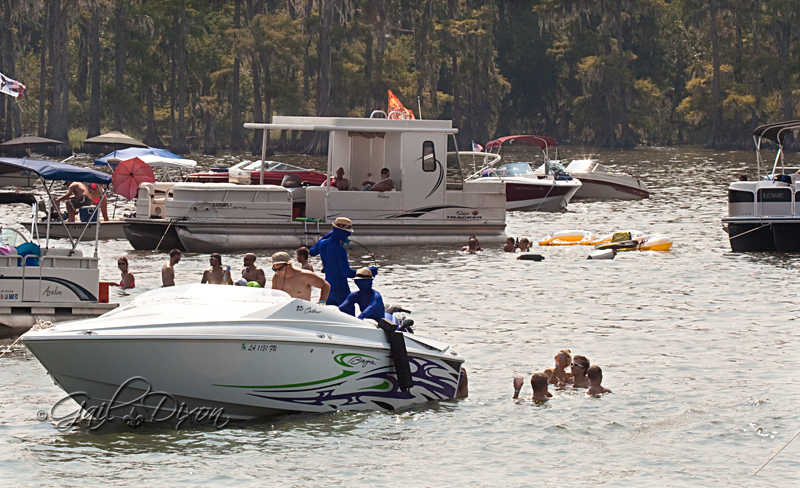 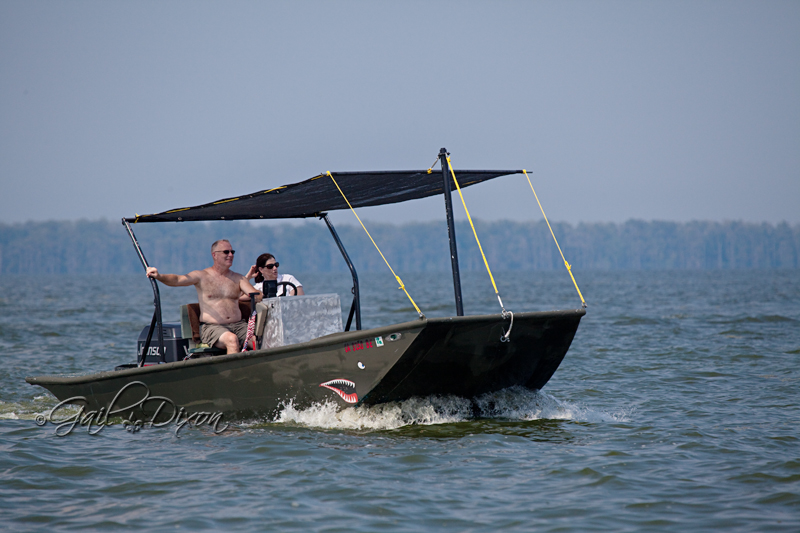 We only stayed a couple of hours because the air conditioner inside our boat wasn't working and being on deck was BRUTAL. Stories of brain eating amoebas killed any desire I might've had to cool off in the water. Have a safe and happy weekend, everyone!
Posted by Gail Dixon 29 comments:

Here are some sunsets I attempted throughout the summer.

Most of these were shot with an aperture of f/16, using a tripod, of course. Unfortunately, when I got them on the computer it revealed horrible dust spots on my sensor. I must've cloned out over one hundred spots! So happy my local camera shop, Kadair's, was able to clean it right there in the store. I had read awhile back that the push/pull zooming mechanism on the 100-400mm lens could cause this problem. Whenever I use that lens now, I make sure I have it fully extended before I even mount it. I am also super careful during the change process. I'm like a lens changing Ninja now. So far, so good; it's been a month and I haven't seen one speck.
Posted by Gail Dixon 33 comments:

As I stated in the previous post, I am completely smitten with my new macro lens. Here are some shots that kept me busy the first couple of weeks after receiving it.

I have no idea what the last insect is; looks like some sort of moth? The metallic color of the stalk is pretty cool, too. Just wish I could remember what plant he was perched on.
Posted by Gail Dixon 35 comments:

Thank you all so much for the warm welcome back on my last post! It made my heart swell with joy to know that so many of you still care. Group hug! I replied to everyone that had a return email address attached to their Google account, but several of you didn't. FYI

My fuzzy memory can't remember how long I've had the 100mm macro lens, but I can tell you that it has rarely left my camera body since I received it. Bertha and this lens make a good marriage, I think! The poor 100-400mm lens lies neglected in my camera bag, pining away for Bertha. But what can I do? This new lens has me smitten right now. Is it possible that a camera lens has the ability to stimulate serotonin levels? Maybe I can throw these happy pills in the trash soon.

Macro photography is CHALLENGING, y'all! Why is it, when I'm walking around in this Hades-like climate, there is no breeze to cool me off? Yet the minute I point my camera at something, Mr. Breeze makes an appearance, laughing maniacally at me, I'm certain. Despite my often loud protestations and proclamations of The wind is not my friend, while begging it to CALM DOWN FOR ONE BLASTED SECOND, it continues to annoy at the worst possible moments! And just when I think I've somehow convinced Mr. B to be still, my subject moves, or worse, flies off. Maybe that's why I never get bored with doing macro shots, because just the idea of getting that perfect image is such a thrill.

Now, on with the show! These were all taken the last week of August and first week of September at Independence Park in Baton Rouge.

...is this thing still on? I do hope my friends here have not given up on me. Every few days I scour Feedly to see what you've been up to and finally decided I missed everyone too much to stay gone any longer! If I haven't already stopped by your blog, I plan to make full rounds soon.

Sometimes when life throws you curve ball after curve ball...well, in my case, let's just say I felt overwhelmed. Enormously overwhelmed. I was hypersensitive to every little slight (real or imagined); stopped calling people I love and avoided their calls; sat on the couch for hours on end, unable to move. And the panic attacks continued to plague me. Poor Double D; the man is a saint.

Last year's events finally caught up to me, I guess. Within the first quarter of 2012, I had moved in with my mother, buried her shortly thereafter, sold our house in Texas, moved to Louisiana, dealt with a troubled adult son in L.A., and for the first time in 28 years I did not have a job. As you know, if one is exposed to even one huge life change (like a death) it can cause severe adverse effects on the mind as well as the body. My own personal train wreck of 2012 (AKA: The Year of Pain) wreaked havoc on this ol' gal nine ways to Sunday! But I'm praying a lot, seeing a grief counselor, and taking anti-anxiety medication. Boy, do I feel a lot better! My therapist said to think of an electrical panel; if circuits become overloaded, the whole thing shuts down. That was me, lights out; however, now I feel like joining the living again. I'm back on Facebook, though I don't plan to post much and will not put the FB app on my phone or ipad, and I'm back on my blog!

Anywaaaayyyy, part of my therapy (suggested by my counselor though I was already doing it) is still photography. Below is a new butterfly discovered with my new 100mm Canon macro lens. If anyone is thinking of getting a dedicated macro lens, I'd highly recommend it.


I have other macro shots better than these, but I had to share because this is a new, beautifully marked spotting.

In other news, one of my photos may be picked up by a national chain as a canvas print, but I won't know for sure until the end of the month. They ordered a sample a couple of weeks ago. Wish me luck! It would be a 7% royalty on 2,000-4,000 pieces. Other good news to follow in another post. Don't want to bombard y'all on the first day back!