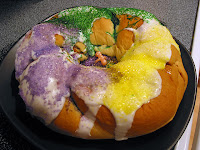 In my family, and most of Louisiana, it is a tradition to buy or make King Cakes in the weeks leading up to Mardi Gras. Hidden inside is a tiny plastic, pink baby, and if you're the one to find it: YAY for you! That's really all I knew.

According to Wikipedia if you find the baby you're King or Queen for the day and are responsible for bringing the cake the following week. The baby is sometimes thought of as baby Jesus. Surprisingly, other countries use the King Cake for their festivals and carnivals. Colonists from France and Spain brought it to Louisiana.

I miss Louisiana customs like this! I'm so homesick today. :( Even though New Orleans has changed drastically since Hurricane Katrina, I hope the people are partying like only they know how. Geaux New Orleans!
Posted by Gail Dixon No comments:

So I've been on Facebook now for a year or two. Never really got into it or checked my page very often. I was already tiring of MySpace, so why would I need another networking site when Myspace was so lame? In fact, I had the email notifications turned off in Facebook so I never knew when someone was trying to poke me, send me a drink, bake me a cupcake, or give me hug. Once I discovered I had these offers, I had no idea how long they'd been there, so I just deleted them. Then I'd feel horribly guilty afterwards.

Then Jay invited me and my daughter to the Ft. Worth photography shoot with his Facebook amateur photography group. After meeting such nice people during that outing, I decided to check them out on Facebook and even friend requested a couple. Next thing I know, I've got about ten new friends. People are commenting on my photos, and I on theirs. I was like, 'Okay, this is pretty cool!'

Being part of a group makes a huge difference, I must say. Suddenly, I'm sending "good karma" and "Mardi Gras beads", but only to a select few because I still feel kind of juvenile doing it. I most definitely feel stupid posting "status updates", so I don't do those very often. I mean, really, who cares what I'm up to all the time? I don't want to sound rude, but do I really need to know you're on your second cup of coffee? The status update should be reserved for something funny, shocking, or weird, in my opinion. I have enough minutiae in my day, thank you. I don't know...perhaps I just don't get that aspect of Facebook.

It does have some cool features, though. I really like the iMusic application that lets you post music videos and songs to your page. There is also a music challenge game where you try to guess either the artist or the name of the song in under 30 seconds. The faster you guess, the more points you're awarded. It's pretty cool. I'm up to the level of "Music Expert" now, and my best streak is 145 points, with 70% accuracy overall. I also like that Flickr can be linked to my page showing my latest uploads.

Now that you have an idea of how sucked into this thing I am, I'll divulge my latest Facebook interaction. Last week someone from my old high school found me. Next thing I know, I have more requests from high school classmates that I do not EVEN remember. I was forced to unearth my old yearbook to try and put a name with a face. Some I'm remembering and some not so much. This is the same school where I was suspended for 3 days for dropping the F-bomb on Mr. Meador, caught smoking on numerous occasions, and skipped class on a pretty consistent basis. I'm hoping that most of my horrible antics have long been forgotten by these rediscovered classmates.
Most of the kids from the group I hung out with are in the "Lost" category on the school alumni web site. No surprise there. When I looked at the Memorial page, I was shocked that some of my good friends were on there. I found out through the organizer that three of them committed suicide, one died of AIDS, and I already knew about the one drug overdose. Sad.

If you don't want to be found, don't sign up for Facebook; however, I'm glad I was found because I have been reliving my high school years through notes, pictures, and yearbooks, and remembering how many funny, special friends I really had. I miss them all and hope the surviving ones are well.
Posted by Gail Dixon 2 comments:

Earlier in the week I turned the house upside down looking for my old concert stubs. I was updating my facebook profile with all the concerts I attended and for some reason it became a life or death situation for me to find those stubs. Honestly, I don't know what gets hold of me sometimes.

Refusing to give up, I finally found them late that night, buried deep in the cedar chest in one of those photo albums with the clear, sticky pages that had clearly lost its stickiness. The concert tickets fell out when I picked the book up and at that moment, I knew what a lottery winner must feel like. I was so excited I could hardly sleep, turning on my bedside lamp every few minutes to gaze at the tickets in an effort to remember who I went with, the songs, musicians, etc. Sadly, there's not much I remember clearly.

Another thing I stumbled on was my cherished box of letters from junior high and high school. I kept every single love letter, note passed in class, and card. There is something about written words from someone I care about that I can't bear to part with. If anyone writes anything to me, I will treasure it for the rest of my life. Here is a letter from my first serious boyfriend that I thought amusing; I was 14 and he was 15. 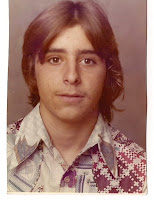 'Happy Birthday,' I hope you like what I got you. I know how you feel about not being able to go to the concert with me. That's alright. They'll have plenty more after this one and you'll probably be able to go to at least one. Don't bug your mother anymore about it because I don't want you to get in trouble. I think my mother could bring us to see Tommy this Saturday night if you can go. Are you going to spend a night at Riena's house Friday night_______. The races aren't until a week from this Saturday. My farther talked to your mother yesterday and told her I might be quiet at first but after awhile you'll never know what happens. She told my farther that she didn't mind me coming over just as long if it's after 5:00. Sorry about this messy letter. I can't spell too good.

PS. I hope you have a real nice birthday. 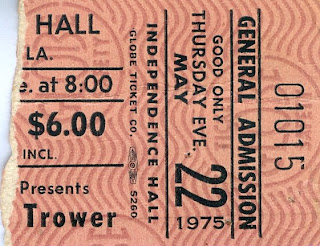 Well, I wore my mother down to the nubs and attended that concert. It was a hard fought battle, but well worth it: Robin Trower, 1975 - the Bridge of Sighs Tour. We were on the floor, close to the stage, and I remember feeling overwhelmed, yet excited by all the people and pot smoke. I'm sure my mom lit candles and clutched her rosary the entire time. I think the only reason she let me go was because she worked with Randy's "farther" so she knew that he was a good Catholic boy (ha!) and came from a good family. Unfortunately, I grew tired of him after only a few months. I just never liked boys that were too clingy and possessive. And the boys that weren't - those were the ones I wanted! Go figure.
Posted by Gail Dixon 2 comments: 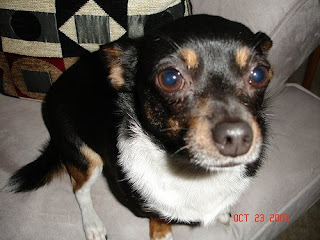 Last Saturday, my daughter, Jay, and I joined the DFW Amateur Photographers' Group in downtown Fort Worth. The goal for the day was "street scenes". I had never shot with a stated purpose before, except to make sure my photos were in focus and getting the settings correct on the camera - a tall order for a beginner. We usually just pick a place and hope for the best - at least that's how I approach it.

To ready myself for the event, I ordered the Sigma 18-200mm lens and had it shipped second day air. It was the first time I had ordered an off-brand lens, and although I was excited about the purchase, I was a little skeptical on how it would perform.

Not knowing what to expect from an organized group situation, and because I'm still learning the ins and outs of my Canon Rebel XTi, I felt a little intimidated going in. Factor in the new lens, driving in unfamiliar territory, and meeting new people - that's a lot of pressure - at least for me and my laundry list of insecurities. Would they take one look at me and say, or imply with a look, "What do you think you're doing here?" Those are the kinds of thoughts I was having.

Somehow I had forgotten the word "amateur" as part of the group name. If I had focused on that, maybe I wouldn't have been so fearful.

The minute we walked up to introduce ourselves to the group, my reservations were almost instantly dispelled. Everyone was so nice and accepting. There must have been 10-15 folks there, most of them Nikon users (yikes), and only 2 other girls! Autumn and I were in the minority all the way around.

We had some laughs and then took off for Bass Performance Hall where we were given a guided tour. After the tour, we walked around downtown until my feet and back ached. The day started at 9 in the morning and didn't end until 4:00 in the afternoon. I was so proud of all the great shots from everyone and especially the feeling of camaraderie. Check out my daughter's photos here and Jay's photos here.

Notable moment: As the group waited on the street corner for the "walk" sign, two attractive ladies walked up and said rather excitedly, "Who are y'all waiting for?" After someone answered that we were just with a group, I realized they must've thought we were paparazzi with all our heavy camera equipment, lol!

My fortune cookie at Pei Wei last night read, "Now is a good time for new friendships." I was all, 'What the....? Okay, this is weird, but good'.

These are some of my favorites from the day: