Macro photography has given me a profound appreciation for the beauty and wonder of nature. Insects are a huge fascination as I learn about their purpose, marveling over colors, markings, and body appendages. I'm like a mad scientist observing the world through my "microscope." Many times I'm left shaking my head, thinking God MUST have a sense of humor. Right?

Each insect in our world plays a role in the balance of our environment. Whether they're located somewhere on the food chain or ridding the garden of pests, we should respect them and learn of their impact on our ecology before employing chemicals to rid them. Some bugs may already be performing that duty for you, like the assassin bugs below. These little orange dynamos stalk gardens and fields looking for insects to devour—often insects that cause harm to plant life.

Fascinating are the workings of nature and the important role of even seemingly insignificant creatures. Transferring this same logic to humans, if you meet someone that is crude or rude, that person is teaching you something. One of my favorite quotes is, "If you can't be a good example, then you'll just have to be a horrible warning" by Catherine Aird. How true! By the same token, I have met people that have a rough or gruff exterior, but inside there is a heart of gold. With these types it takes time to peel off the layers to get to the good parts, and when you do, you may discover a loyal friend or learn valuable lessons.

In conclusion, I'm thankful for those around me that model what I strive to be and also what I do not want to become. And I'm thankful for all the little bugs that keep my garden healthy. Amen!
Posted by Gail Dixon 42 comments:

This post is for YOU! For the faithful, funny, talented, smart, generous, kind-hearted, and loving souls that make up the blogging community—you all enrich my life each and every day. My prayer is that each of you experience a wonderful and blessed Thanksgiving.
O heavenly Father, you have filled the world with beauty: Open our eyes to behold your gracious hand in all your works; that rejoicing in your whole creation, we may learn to serve you with gladness; for the sake of him through whom all things were made, your Son, Jesus Christ our Lord. Amen.
The Book of Common Prayer, 1979
Posted by Gail Dixon 25 comments:

The 4-stage life cycle of a butterfly is so strangely wonderful. From a tiny egg, to a caterpillar, then a chrysalis, and finally a beautiful winged creature; it's a tiny little miracle that we can not only enjoy, but take life lessons from.

I'm sure you've all heard the story of the little boy who felt compelled to ease the struggling of his pet butterfly as it fought to emerge from its chrysalis. Taking scissors, the little boy carefully cut a larger opening so the butterfly would have an easier time. While the butterfly made it out of the cocoon with ease, it was never able to fly, its wings shriveled and dry. Struggling against the cocoon would have strengthened its wings, preparing it for flight, thereby reaching its full potential. 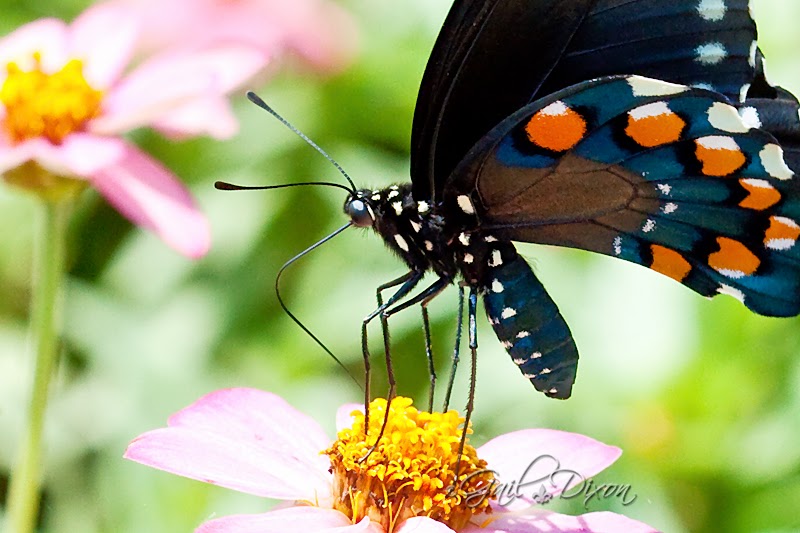 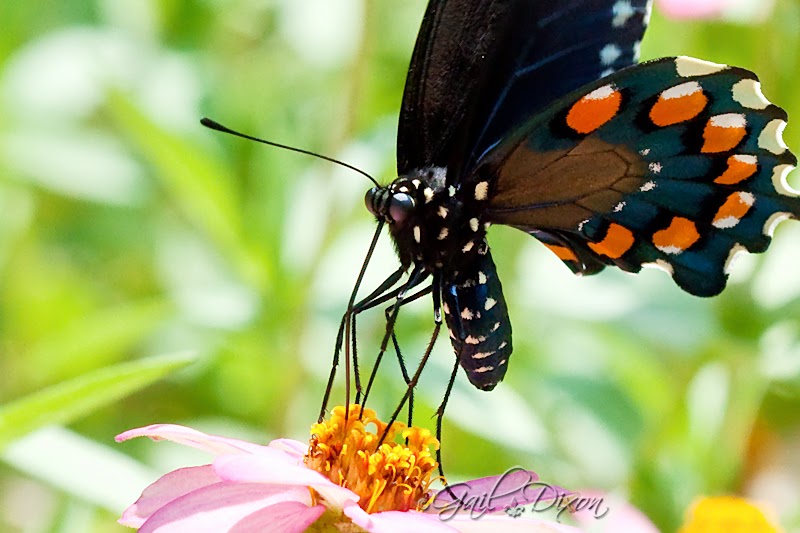 Sometimes it's hard to watch others struggling through life, and to experience struggles ourselves, but those struggles are the very thing needed for growth. Oftentimes I regret certain mistakes I've made, but if I hadn't made those mistakes, I wouldn't be the person I am today. And while I'm still fighting battles, I'm better than I was even five years ago. It's a process I'd like to hurry up and get over with, yet none of us will ever be free of the process if we want to improve.

Today I'm thankful for the wonders of life and all the lessons I've learned. Once I reach the stage of forgiving myself for past mistakes, I think the transformation will be almost complete. Heaven is where I hope to realize the final phase.
Posted by Gail Dixon 31 comments:

Since I moved back to my hometown last year, it's been rather nice seeing my cousins and getting to know their families. It's still not as often as I'd like, but the possibility of seeing them is now a reality instead of a wish. I have no brothers or sisters and my first husband was an only child as well, so my life is absent of nieces and nephews, and my kids do not have aunts and uncles. :(

I've posted about my own children here before, and they know how much I adore them, but today I thought I'd devote this post to some extended family.

This is my second cousin, Chloe. Trying to photograph her was like trying to corral a bunch of cats. She's at that cute phase, discovering her world, always on the go. This constant state of movement is not conducive to sharp photography, but at the same time it produced some unique and pleasing shots. She's such a sweet little girl. My heart was truly full this day in April. 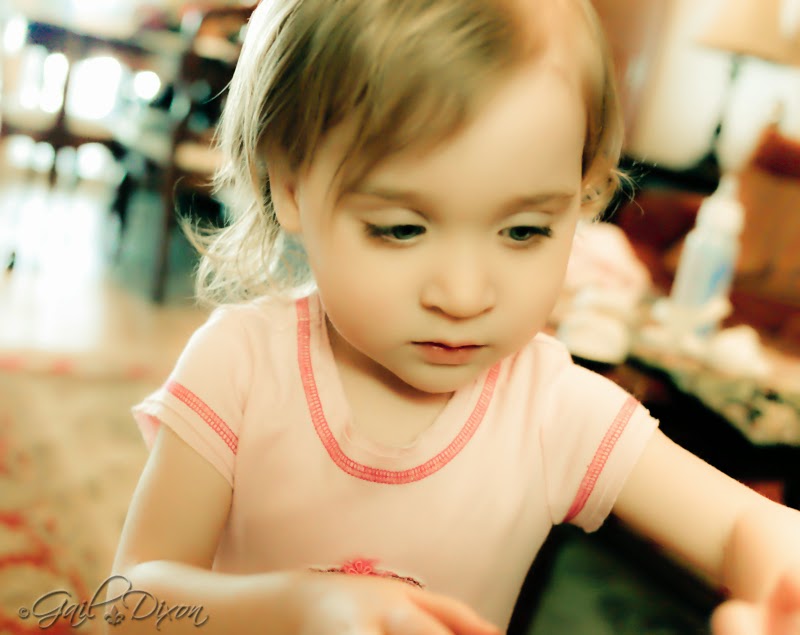 These are my other second cousins, Brody, Eric, and Tyler. It was nearing dusk and I did not bring my tripod, so the images are not as crisp as I'd like. Apparently, my knee makes for a poor tripod substitute. I was supposed to go back and re-shoot, but never made it back. Still, I think the camera revealed their sweet personalities. These shots were taken at the end of August.


This is another precious second cousin, Tristan. The boy is as smart and handsome as they come. I might be a little intimidated being around such intelligence; shut up, I know he's only 5! Put a gadget in front of this kid and he will have it figured out in record time. Tristan, you're going to be a success at whatever you do, I can tell already. One piece of advice: don't let the girls get you off track.

There are other second cousins, but sadly, I don't know them. I wish I did; however, I am so grateful for the ones I am getting to know, and the ones that want to know me!

Families are like fudge—mostly sweet with a few nuts.

You don't choose your family. They are God's gift to you, as you are to them. ~ Desmond Tutu
Posted by Gail Dixon 25 comments:

Since I spend 51 weeks out of the year complaining, please indulge me as I take five days to be grateful. Notice I'm not doing 30 days of gratitude; I don't want to damage my reputation. *smile*

As some of you may have noticed, I've updated my blog; Google finally let me change my header! I also updated the standalone pages (About Me, etc.) and added new Share buttons on the bottom of each post from sharethis.com. If you're so inclined, I'd appreciate a look-see and feedback. Thanks!

During June and July I played around with water refraction photography. My plants were appreciative because they received extra water; especially the vincas, which seemed to retain droplets the best. Again, this was using the Opteka magnifier before purchase of the 100mm macro lens. There are better examples on the web, but I sure had fun playing! 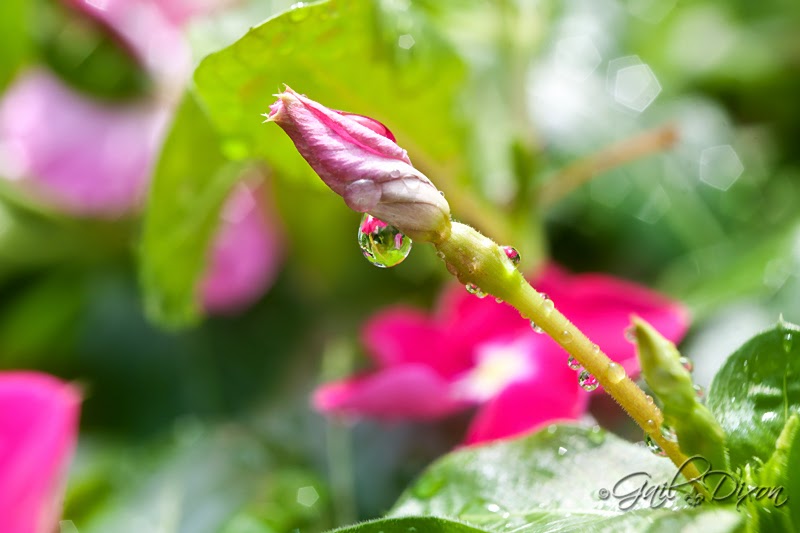 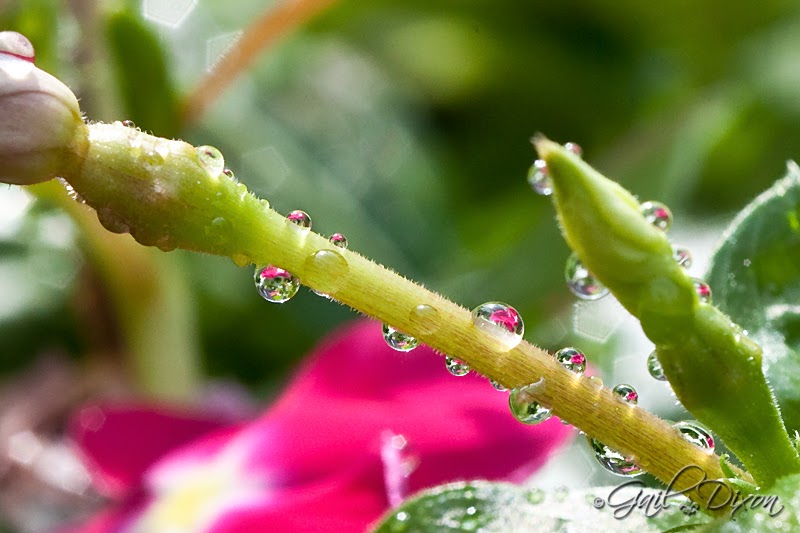 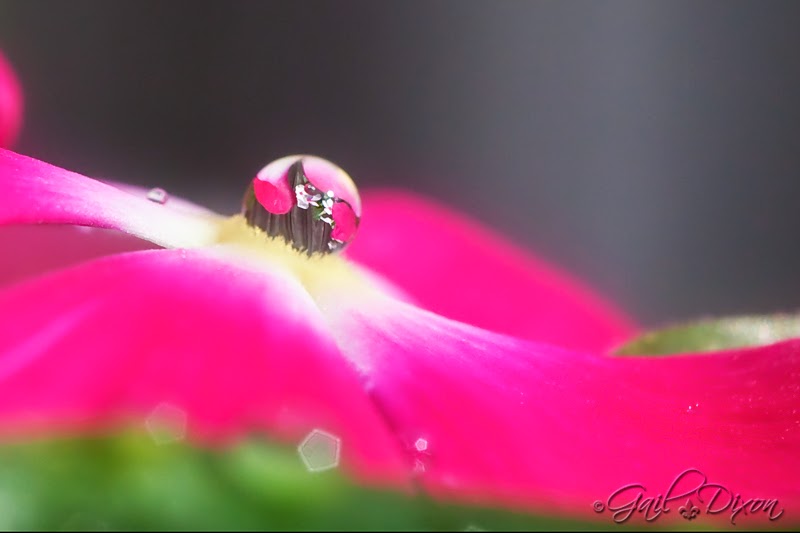 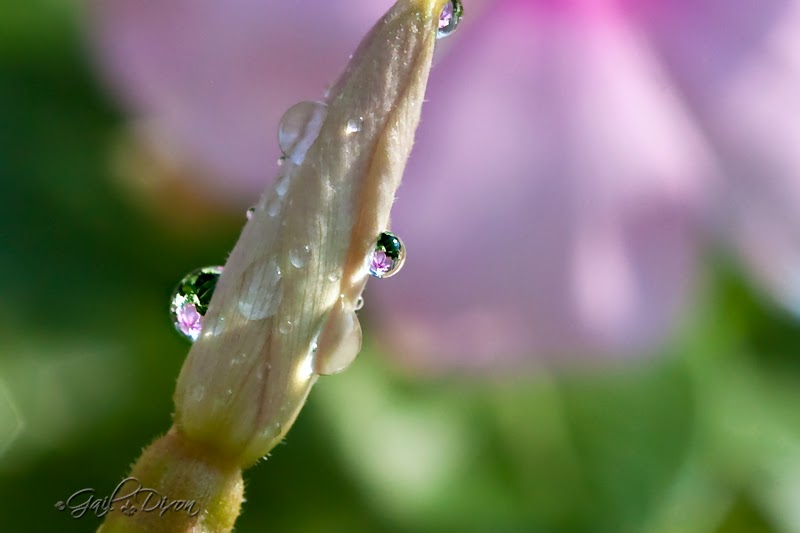 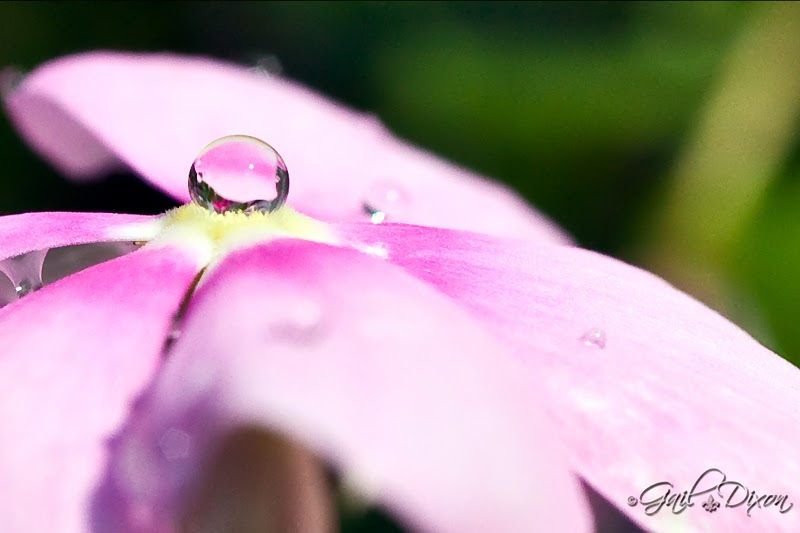 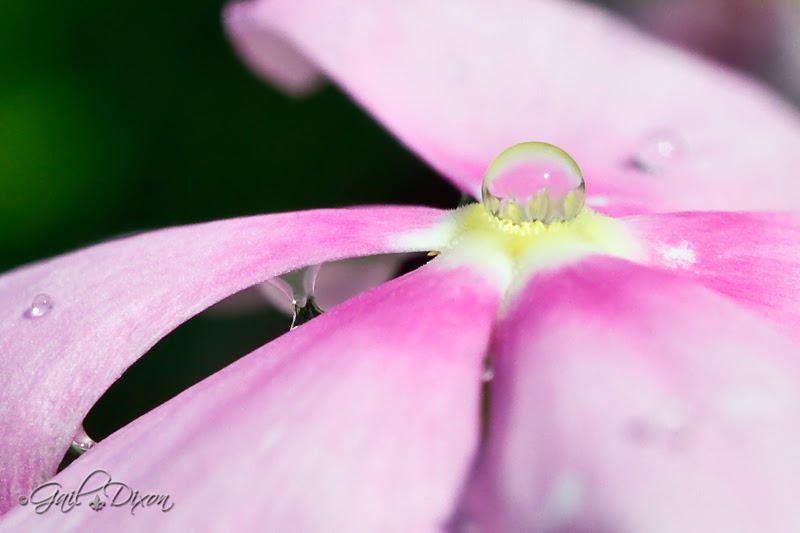 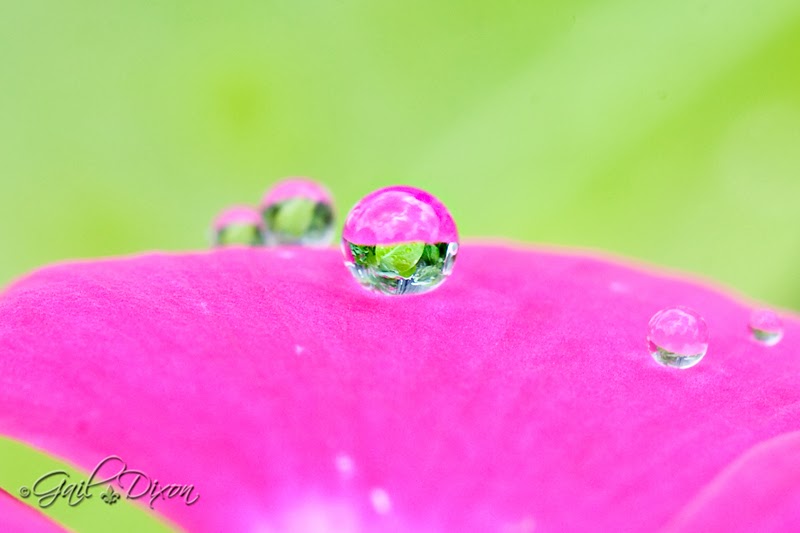 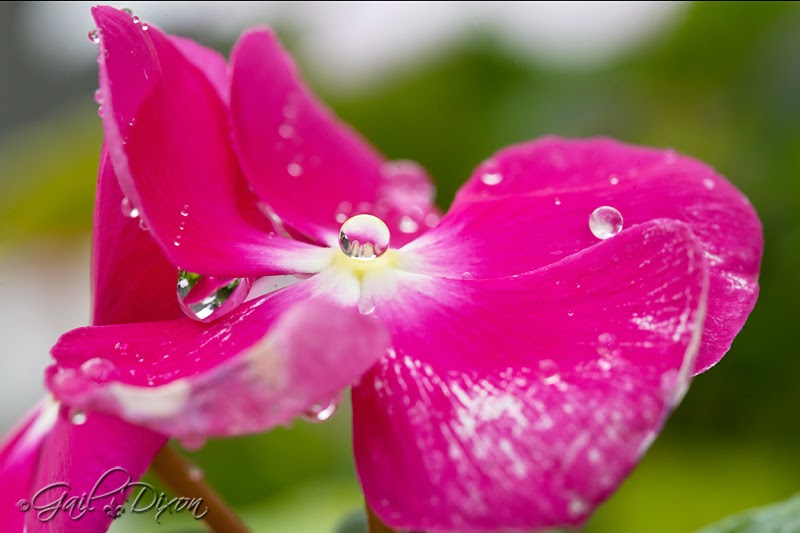 "Life is an echo, what you send out, comes back. What you sow, you reap. What you give, you get. What you see in others exists in you." Unknown

As we begin Thanksgiving week, I am steering my thoughts and prayers to a place of deeper gratitude. I oftentimes grumble, and I've been known to get judge-y. God has to continually remind me how much I have to be thankful for—how he rescued me from the muck and mire. And the minute a criticism escapes my lips, I get a gentle tap on the shoulder that says, "Hey, you're not perfect either. Be kind. Be compassionate."

If we fill ourselves with God and his love, we will be like these water drops, reflecting his beauty back into the world.

My prayer for those struggling is to search for God with all their hearts and to ask for his gifts which are wisdom, peace, strength and kindness, and so much more. Start with that and all the other puzzle pieces will fall into place in a miraculous way. Watch and see.

Sharing with Our World Tuesday.
Posted by Gail Dixon 32 comments:

Minutes after the R-rated incident (see previous post), a gang of white pelicans came to show the cormorants who was boss. 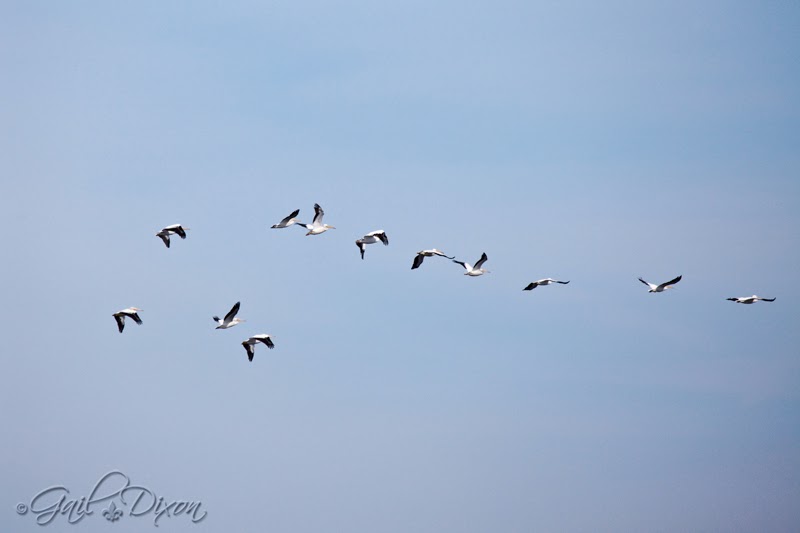 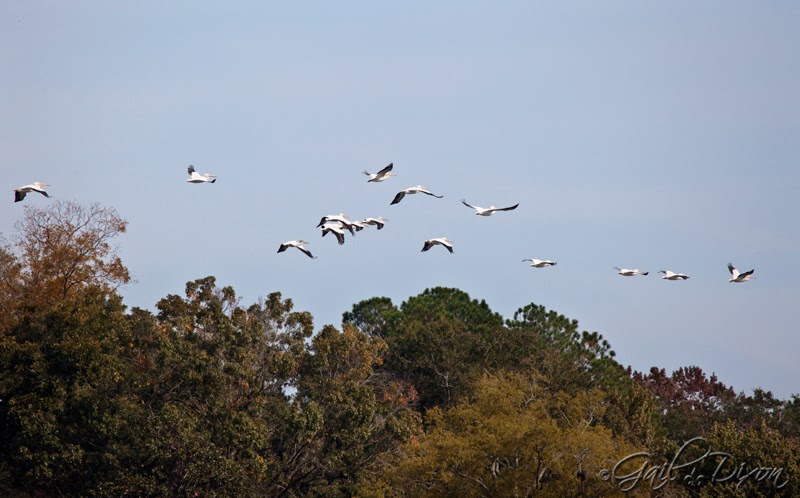 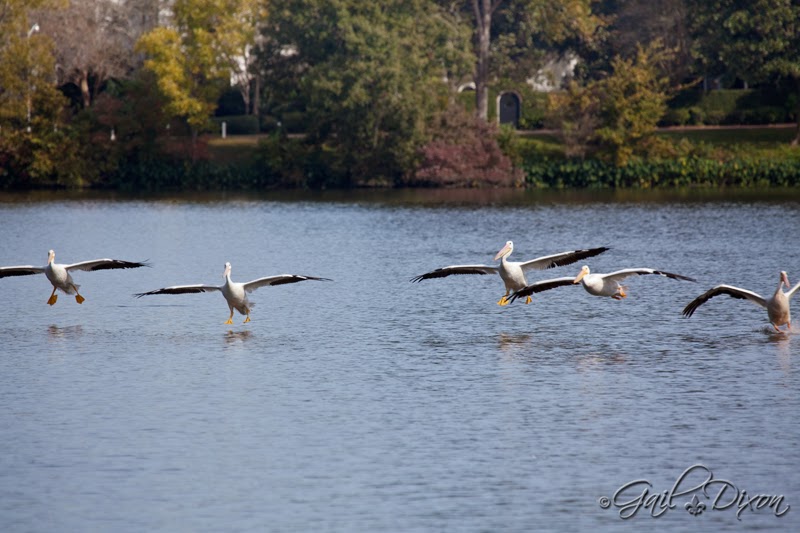 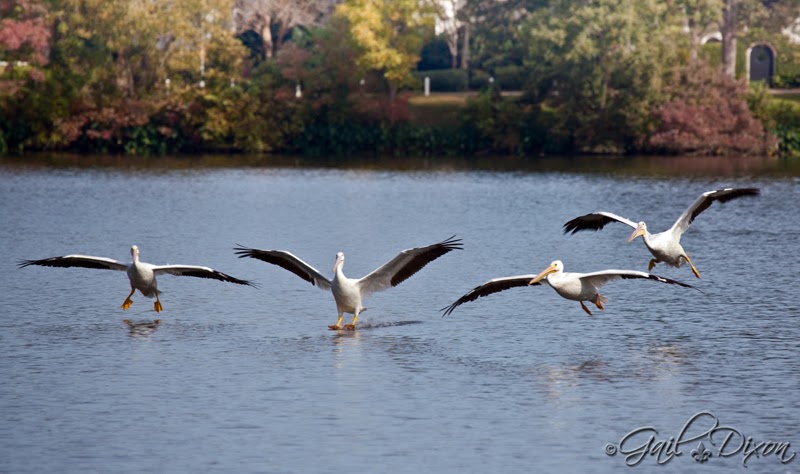 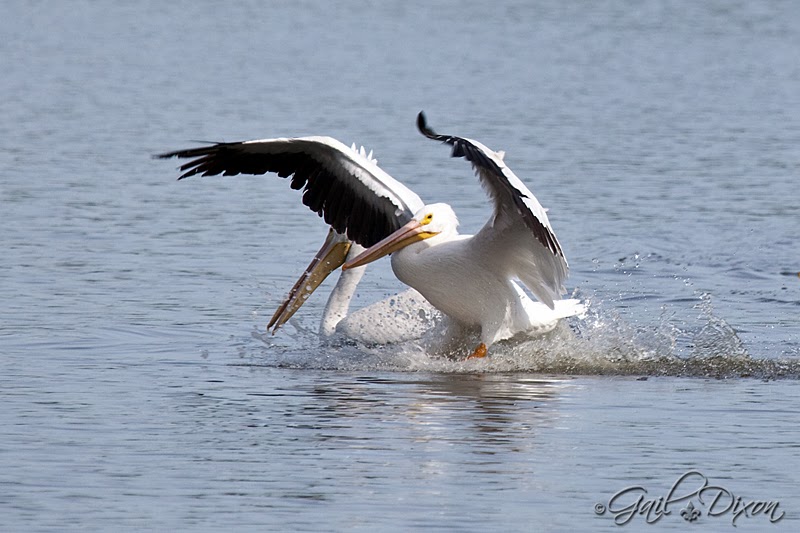 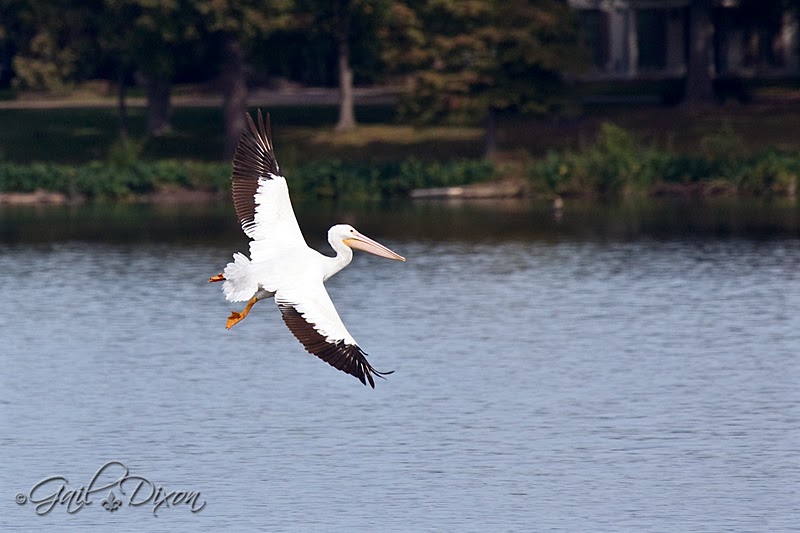 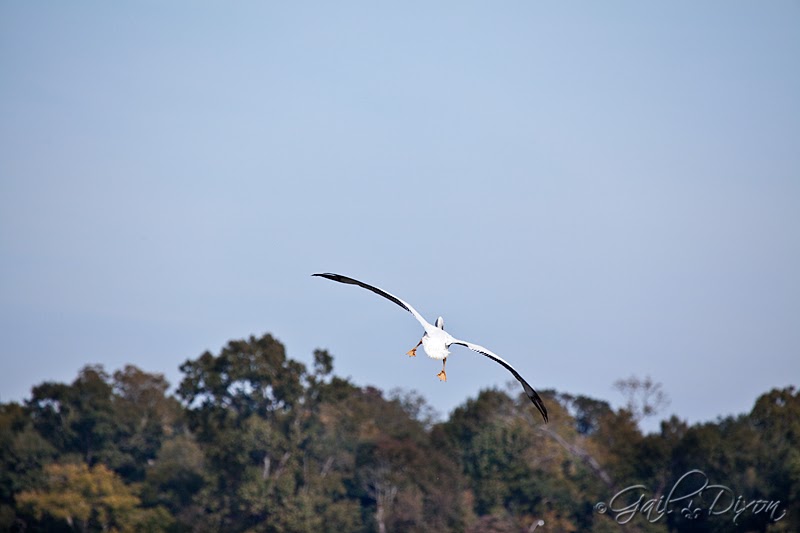 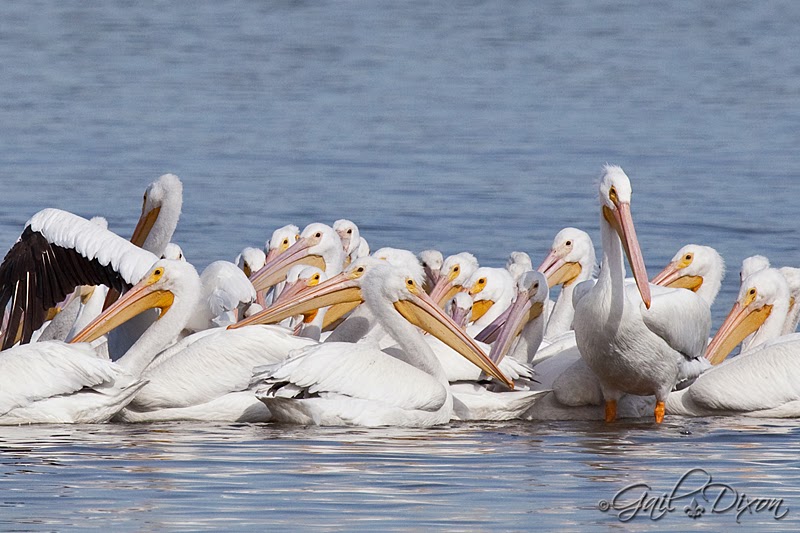 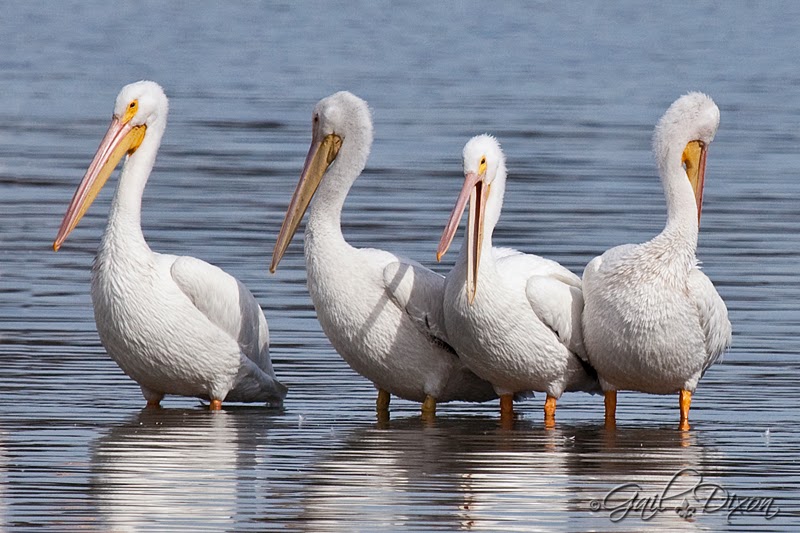 The pelican migration is happening earlier this year; as many as 300 were counted around the LSU Lakes. One poor pelican got caught in a fishing line, tearing up a wing pretty badly. After flailing around for a couple of hours, it was cut free from the line by Animal Control and brought to LSU Vet School for treatment and antibiotics. Thankfully, he will be fine and will find his flock eventually. It is imperative to take care of your fishing lines properly, where wildlife cannot be harmed.

Here is an article about our early Pelican migration if you have time, or are interested in reading more about it.

Before I broke down and bought a macro lens, I shot for a few weeks with an Opteka magnifier my daughter had given me years before. It screws on to the front of the lens just like a filter or polarizer. As I continued to use it, I began to realize that I would always love macro. And that's when I bought the 100mm macro.

These are some shots I took with the Opteka magnifier in the month of June. 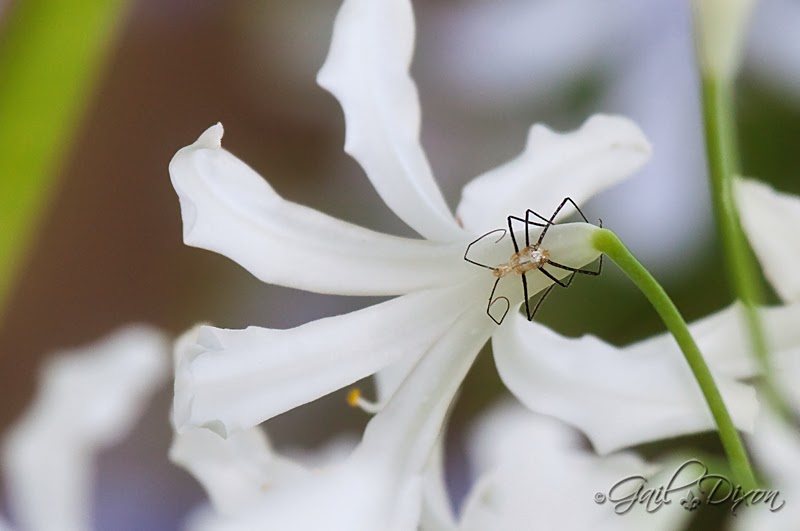 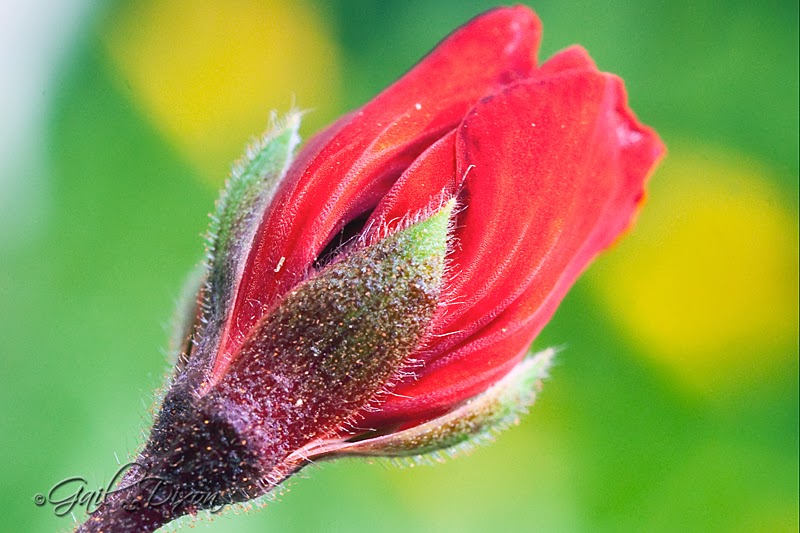 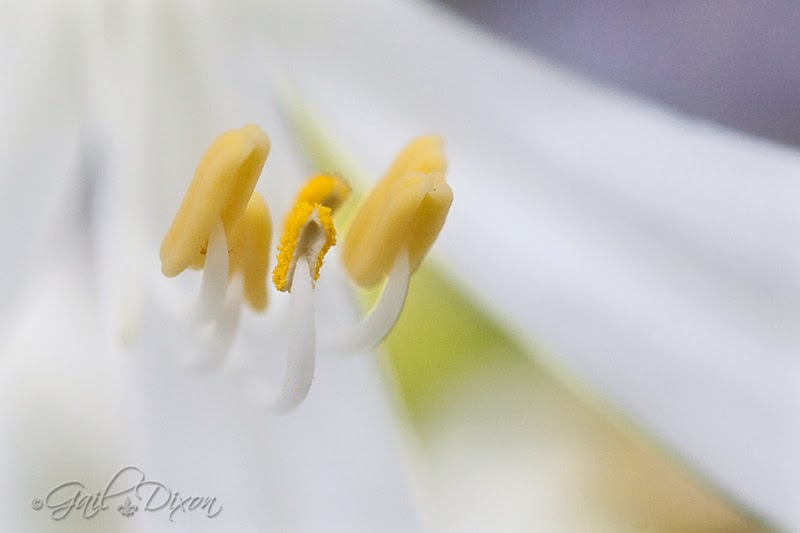 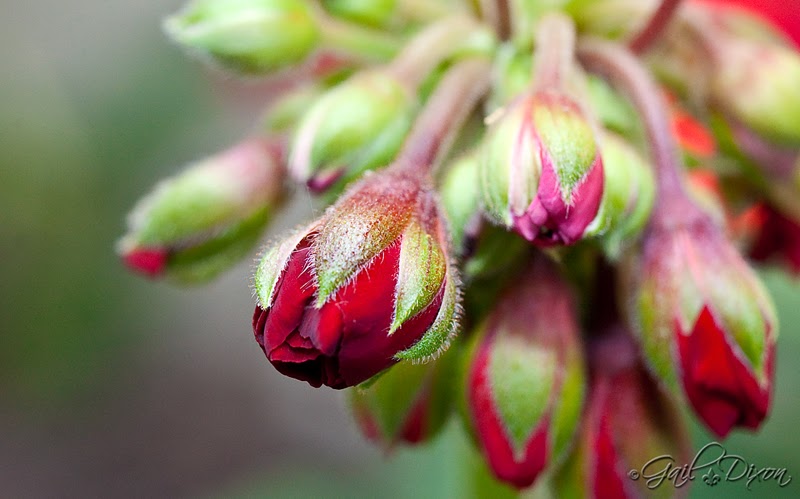 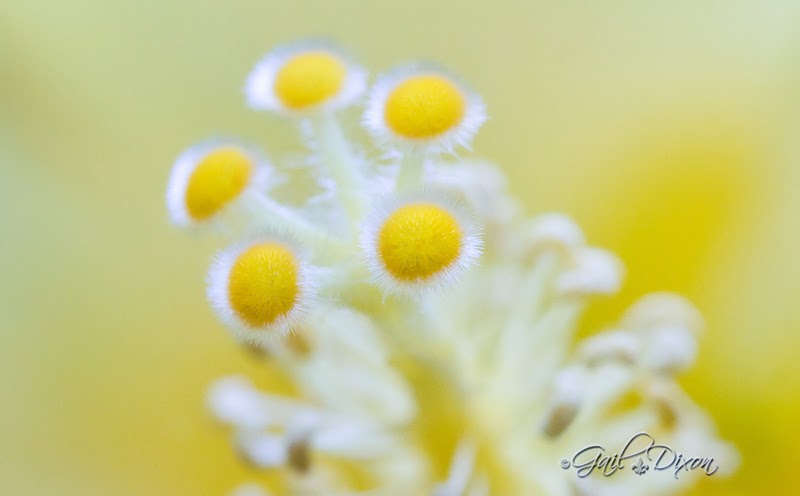 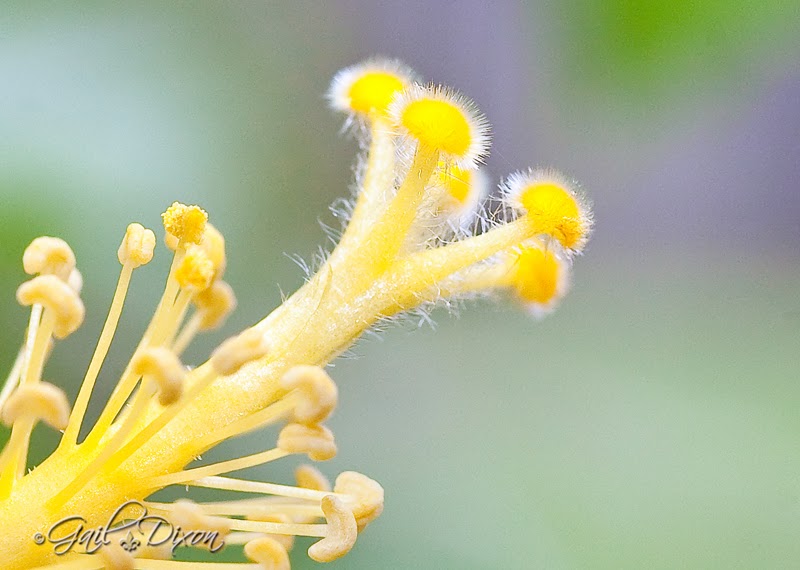 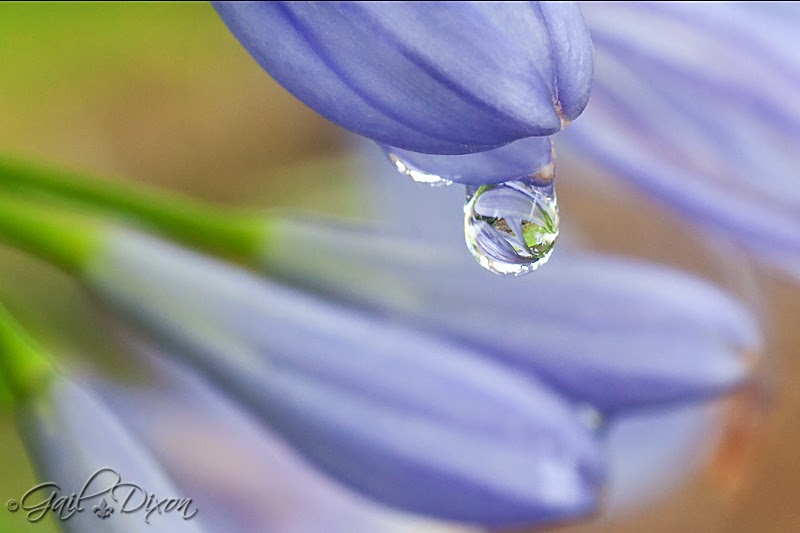 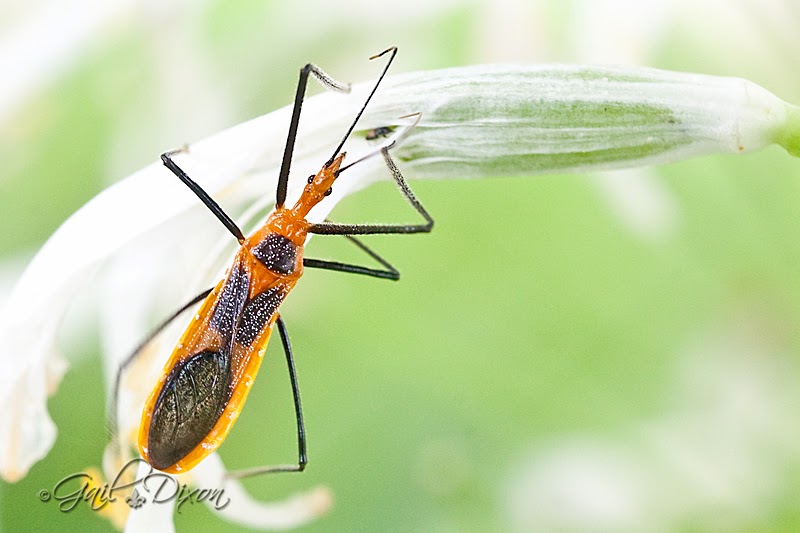 Love on the Water

It was an enjoyable afternoon watching this motley crew co-exist on a log in the water. What can I say? I'm easily amused.


Linking to Wild Bird Wednesday and I'd Rather B Birdin'. Many thanks, Stewart and Anni!
Posted by Gail Dixon 35 comments: