Our Weekend at Lago Vista

Our friends have retired to a beautiful community in Lago Vista, Texas. They built a gorgeous home on the edge of Lake Travis with stunning views. My friend's daughter is an interior decorator so this home is a real show stopper, beautifully appointed down to the tiniest detail. We had the entire downstairs to ourselves which consisted of 2 bedrooms, an office, 2 baths, and a den--all overlooking the lake.
To say that we did not want to return to our humble home is an understatement. Although that little taste of luxury was intoxicating, I don't know if I could handle the upkeep on a home like that. Or the taxes. I like to keep things simple. Still...this lifestyle is very tempting... 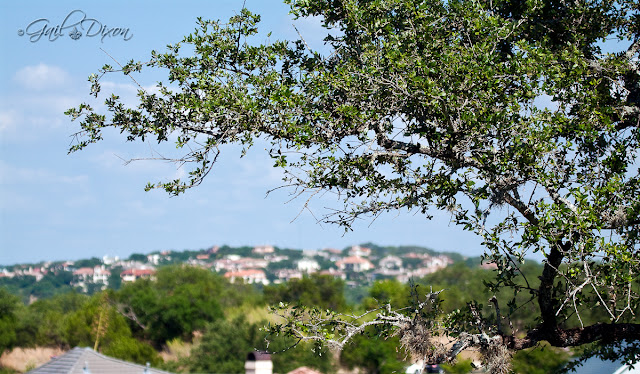 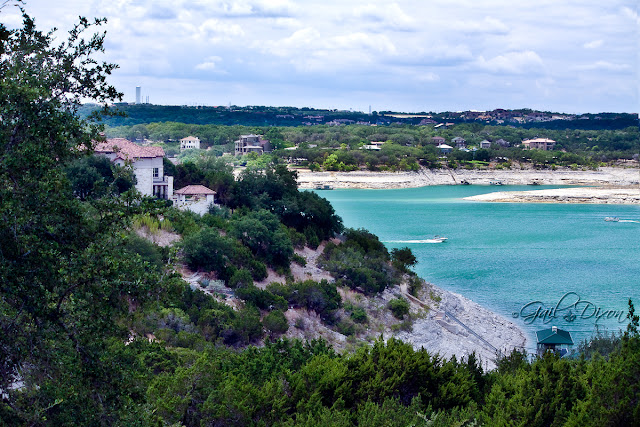 Many of you new to my blog may not have seen my post about Noreen, an amnesiac, rather clueless customer service rep that I must deal with frequently. I am happy to report that these days we enjoy a great relationship. She is now quick to go the extra mile, while before she was obstinate and unhelpful, sometimes downright rude, but mostly clueless. Noreen still has trouble following instructions, but she actually did a huge favor for me this morning, so things continue to improve. Graciousness goes a very long way in business and in your personal life. This little exercise completely changed my attitude not just toward Noreen, but others as well, and I have Noreen to thank! And to think at one point I wanted to throttle her with my bare hands. God is working in my life, for sure! Here is the repost from 12/23/2009:

I have a thorn in my side at work and her name is Noreen (not her real name). She is my main contact at one of our major suppliers, so when I am sending custom orders, she needs just enough acumen to read the instructions on my purchase orders and get the parts into production. You'd think this was a pretty simple task, but for Noreen, I might as well be asking her to map the human genome or balance the federal budget.
I don't want to come across as cruel, but facts are facts: Noreen is about as alert and intelligent as a box of rusty nails. When her stupidity surfaced during our first point of contact, I tried to be nice about it and not make her feel inferior by pointing out the obvious answers to her questions, typed neatly on our faxed purchase order. Right there in black and white.
Then there was a fleeting thought that I must not be communicating properly. Maybe it's me. But not having this problem with other suppliers, I quickly came to the conclusion that it's not me, IT'S HER. And that sort of realization wore my nerves down to a frazzled mass of tangled vessels, ready to explode at any given moment.
After months of dealing with Noreen I was through with being nice. I got to a point where I wanted her to feel my pain. I wanted to shove her idiocy right back down her own throat with force. My frustration levels were off the chart. In 21 years I have never encountered such daftness. So I stopped being nice and said things like:
"Just get it done, Noreen."
"I don't have time to explain every little detail to you, Noreen."
"Read the purchase order, Noreen."
"Look at the previous order, Noreen."
"It's right there on the order. Why are you asking me?" (after which I would read the answer to her inane question aloud from the PO)
"Whatever, Noreen. I'm tired of explaining this to you. We just talked about this yesterday. Do you not remember our conversation?" (she never remembered our previous conversations)
"Figure it out, Noreen."
These things were all said in very clipped, abrupt tones. Oh, and the curse words I wanted to spew were pushed way down into the depths of my belly. I'd pray they would stay buried there and not surface like projectile vomit or a sudden case of Turette's. I'd be damned if Noreen was going to do me in after 21 years in this job, using her mind-numbing ignorance like a machete, chopping feverishly on my frayed nerves.
One day something came over me. Perhaps it was the realization that being blunt and to the point wasn't getting through, or maybe the vein that was throbbing in the side of my neck started to become worrisome, ready to burst through and cause a fatal heart attack. No way was Noreen getting the best of me, nor would she claim responsibility for putting me in the grave. Dear God, no, don't let it be Noreen.
So I changed tactics. I decided to be exceptionally nice. Not fake nice, but out of a place of true compassion. Perhaps with genuine patience and understanding I could make the situation better. For both of us. I would no longer point out obvious inconsistencies in her statements or thrash her for overlooking crucial details. It was difficult beyond belief and my tongue was sore from biting it. I patiently walked her through orders, politely answering her questions. And I'm proud to say it wasn't in a condescending way.
Niceness toward Noreen felt foreign and forced at first, but over the weeks, surprisingly, it came more naturally. In turn she also became nicer and more accommodating. She actually did me a favor today, which saved my company $150. Score! I win!
Did my diplomacy make Noreen any smarter? No. Did it make her remember things she had just told me the day before, but can't remember today? No. Did she suddenly figure out how to read our orders and process them without incident? No. Did my nicety make that vein stop throbbing in my neck? It's easing. Baby steps.
I think I'm on to something here. Never give up on someone. Remember that everyone is not at the same place in life — intellectually, emotionally, physically — that you are. What I learned is that even when you don't feel like being gracious, if you try your best to put it into practice anyway, it makes life exceedingly more pleasant.
After 2 years of dealing with Noreen, it's doubtful that I will ever write her a recommendation letter or suggest to her superior that she receive a promotion, but I have created a little bubble of peace around us, fragile though it may be, and that's enough. I hope to carry this lesson into other areas of my life.
Peace and love,
Louisiana Belle
Posted by Gail Dixon 20 comments:

My daughter and I picked up photography around the same time in 2008. While we are a lot alike she is much smarter and prettier. She also made much better life decisions than I did, except when she moved far, far away. I certainly didn't approve of that. :/

She doesn't get out as often with her camera as she'd like, but lately she's been doing a little more since her good friend moved to Portland recently.  Look at these wonderful flowers from Schreiner's Iris Gardens in Salem, OR. When I came across this in her Flickr stream I was instantly smitten. I love the graphic look of the vertical green stems and the gorgeous purples, greens, and yellows. I am seriously thinking of changing the color scheme in my home office just so that I can hang this as a very large canvas right over my desk. 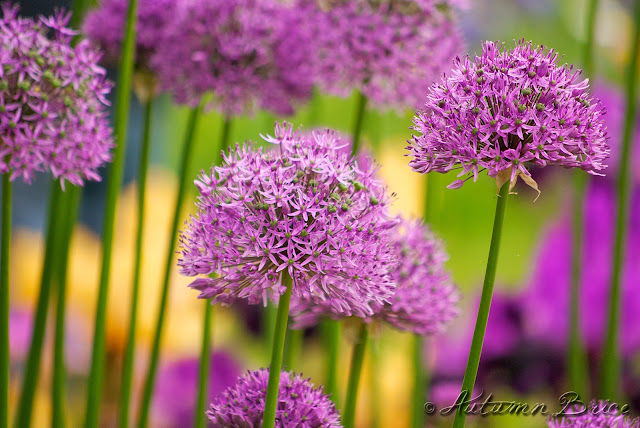 This is the time of year that I burn out with photography (and everything else) because the heat is so unbearable. But when I saw my daughter's photo it inspired me to go out and shoot a field of wildflowers after work today. I had been eyeing this field for weeks. After fighting what felt like intense flames and annoying wind for 30 minutes I still didn't get anything great, but hey, at least I went out. Thank you for the inspiration, Autumn! You have single-handedly helped me out of my slump. 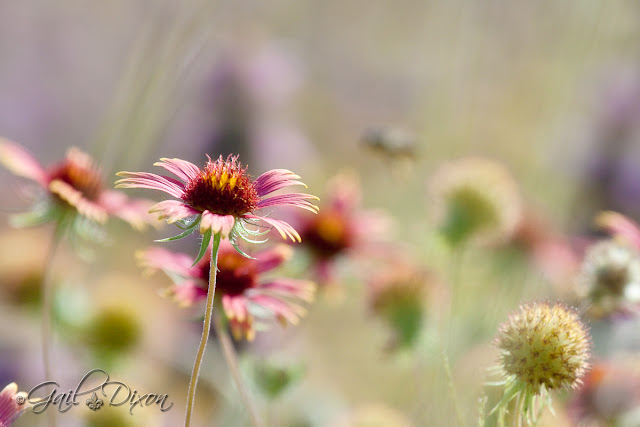 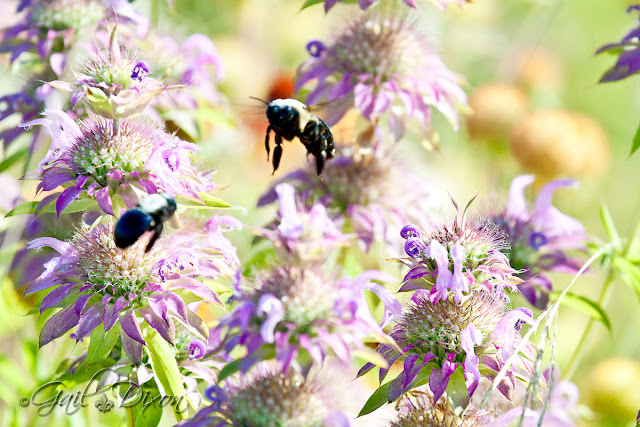 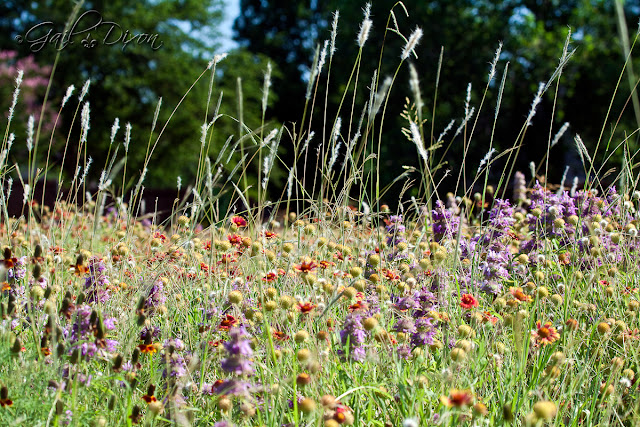 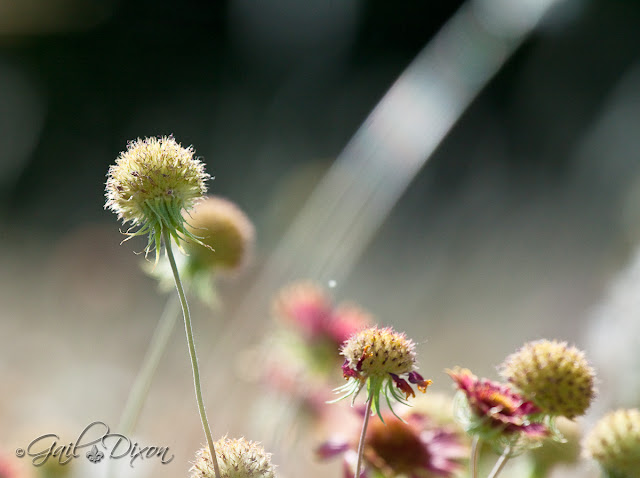 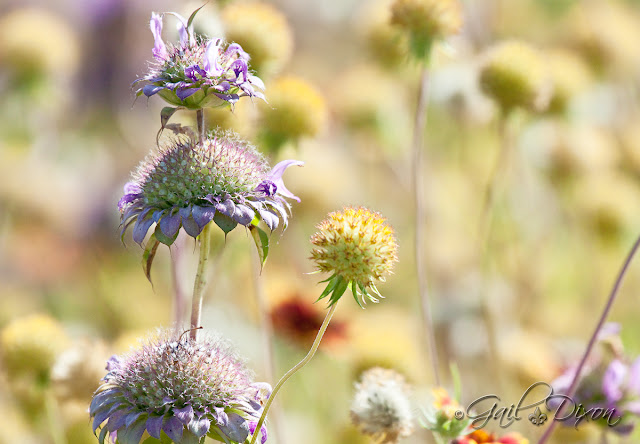 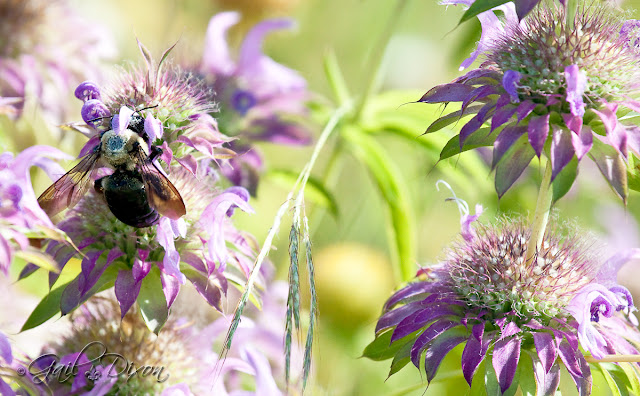 There is a huge egret problem on a residential street in my city. Nightmare-ish almost. You can read more about it here.
So you'd think after three visits to Chamberlain St. where the egrets haven taken over that I'd come away with at least one perfect photo. Ha! With burning eyes and throat, poop running down my arm (and who knows where else), and my neck aching from looking up so high, it's been quite a challenge to say the least. In addition to those issues there's the dense foliage to contend with, where leaves or limbs get in the way of the shot. Also, the birds move to higher elevations once my presence is detected. In addition to ALL THAT, the biggest, meanest bugs ever are using me as their own personal buffet table. Good thing my dream of working for National Geographic Magazine is just that: a dream. I really don't think I could hack it in the rainforest. :) These photos are not perfect, but good enough to post. Better viewed large.
Posted by Gail Dixon 33 comments:

I wish I could say I've been UNDERwhelmed the last seven days, but unfortunately I was definitely in the OVER category.

I will probably never get caught up at Flickr or my favorite blogs, so I wanted to report for duty here and try to give a brief explanation for my absence. Sparing you all the gory details, my eldest needed every ounce of my attention for the last several days. During that time I discovered some things:


Last night as things were winding down to a somewhat sustainable level I turned on the TV for the first time in days and saw a preview on the local news about an egret habitat that had taken over a quiet street about 2.5 miles from my house. Now, I NEVER watch the local news, but this had my undivided attention. After seeing the sheer quantity of egrets, I decided to ignore my exhaustion, grabbed my camera, and headed out the door.
When I got there I was amazed at the egret poop covering everything! It was as though the street, sidewalks, and mailboxes had been white-washed with paint. The noise and activity coming from the treetops was unbelievable. These birds are Federally protected, so the residents cannot do anything to get rid of them. And it appears they will be there until September.

Apprehensively, I emerged from my car and decided it was worth getting pooped on if I could get a good photo. A sweet lady that owns one of the homes stood outside chatting with another gentleman, both of them looking up and pointing. I asked permission to take pictures and when she saw the size of my 400mm lens, she eagerly agreed and asked if I would email her some photos. We emailed a couple of times already and she said I could come by anytime and take pictures--I just can't blame her if I get pooped on! I said, "DEAL!" lol
Cattle Egrets are my favorite, but I have never been able to get a good shot of one. I couldn't help feeling that this was another one of God's little presents to give me hope for brighter days ahead. 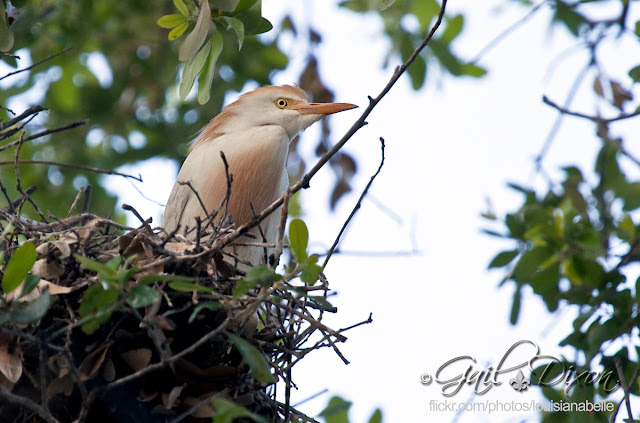 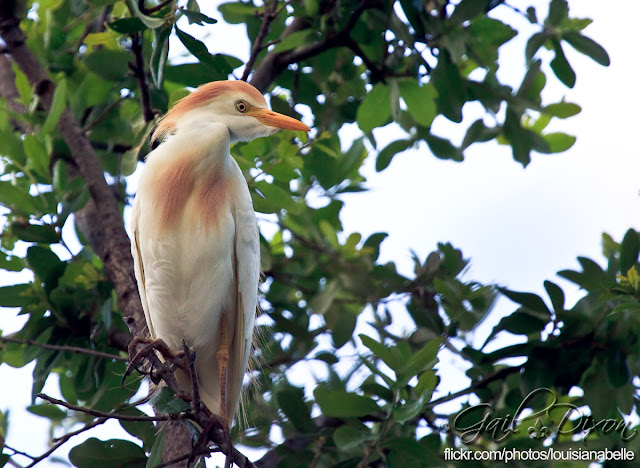