Late one evening at the end of June, my friend Theresa and I, drove to my favorite place to kayak: Lake Martin. She was taking a lesson from Pack and Paddle, so I hitched a ride with her.

Kayaking relatively late in the evening - 5:45 to 7:45 - was a most pleasant experience. Since I was alone (Theresa was with the P&P group), I stayed in the open areas instead of paddling through the abundant cypress. Alligators were croaking, but thankfully I never saw any. Being alone and mostly floating, I was able to get pretty close to the wildlife. A great experience! 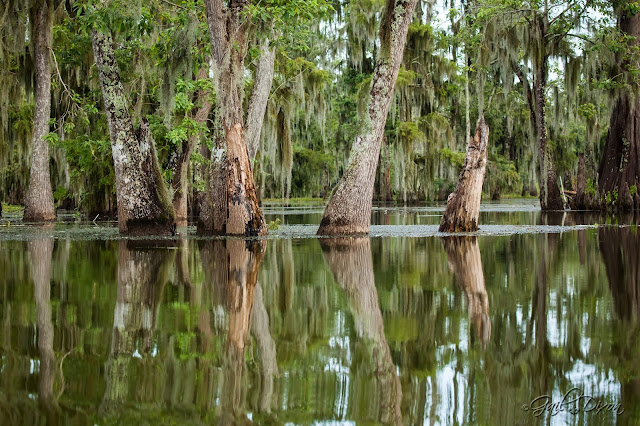 Plans were hatched to visit the Audubon Zoo in New Orleans one June morning with a new friend, Theresa. Well, as with most plans these days, the rain had other ideas. Refusing to let a little water stand in our way, we decided to forge ahead!

The rain continued, relentlessly, so we had no choice but to ditch the zoo plans and head to the Q, better known as The French Quarter. It was the weirdest day ever. Let's see, I was first approached by a very inebriated man who got right in front of my face gesturing the peace sign. Every turn of my head to avoid him was met with him doing the same. That was pretty unnerving. I finally got away from him which took a few exhausting minutes. Several times throughout the day he turned up doing the same thing to other people. More unsettling things happened, but I'll just leave it there. 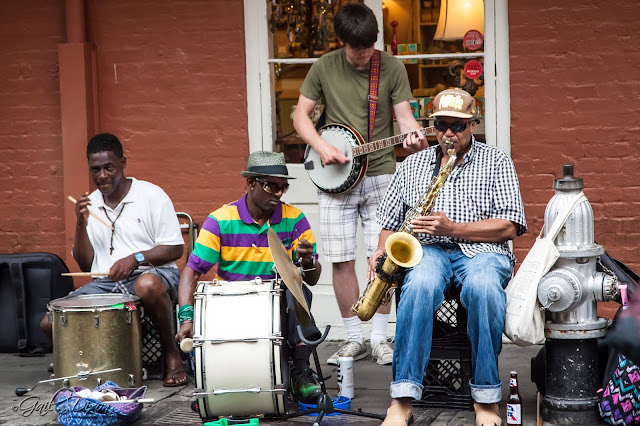 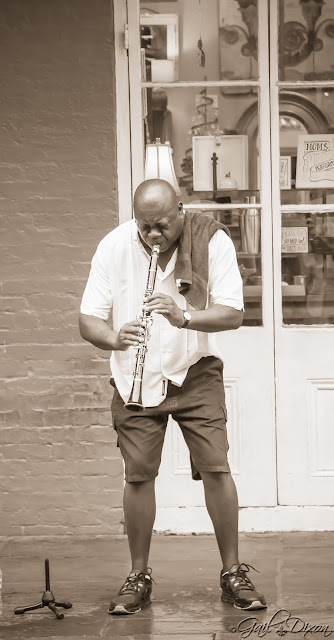 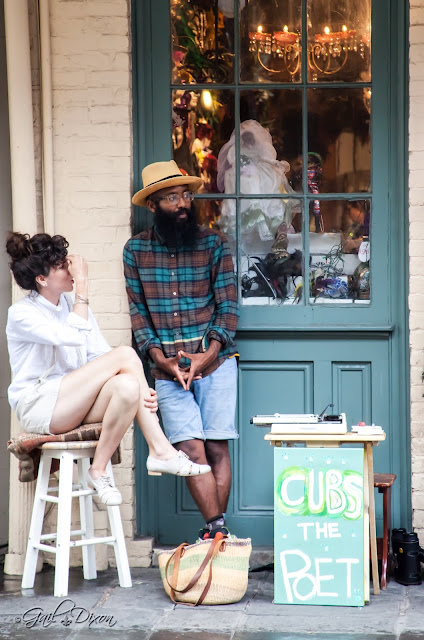 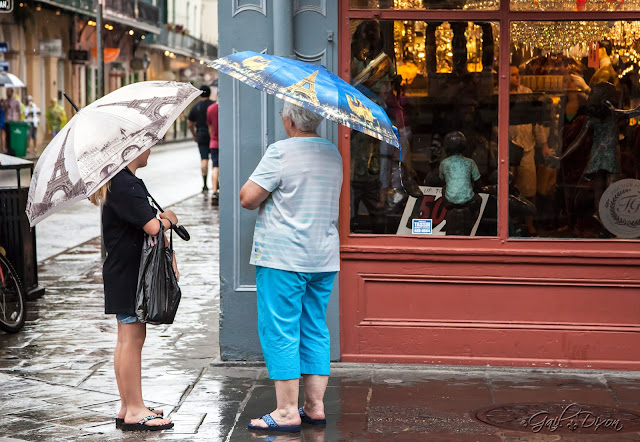 March 25, 2015 is a kayaking day I will not soon forget. It was a perfect day weather-wise, so I was pumped.

After getting settled in my kayak, the first thing I spied were three juvenile alligators sunning on two different logs as I paddled toward my friend. No biggie. After that I didn't see too many more gators, but did hear and see Prothonotary Warblers, Yellow-throated Warblers, Northern Parulas, Black-bellied Whistling Ducks, Osprey (a new lifer!), Pileateds, Little Blue Herons, Great Herons, Roseate Spoonbills, and Great Blue Herons. There were more, but those were the highlights.

So we kayaked for three hours and decided we'd had enough. Cathy went down to the bank to get out and I went to the deck at the rental place to drop off the kayak. Several times I tried to hoist my big patootie up and over the deck. Sitting inside the kayak you're pretty level with the water, and the deck is a good foot higher. No one was there to hold the kayak against the deck for stability so it was going to be a huge challenge. Finally, I said to myself, "Don't think about it. Just do it!" Splash! The kayak flew away from me and I went down.

So there I was flapping in the water, fully clothed, still unable to pull myself onto the deck. Meanwhile the kayak was floating away. But who cares about that when there are gators in the water??? Anyway, I finally pulled my sopping wet self onto the deck by the grace of God. It was more like clawing, then flopping over like a beached whale. Ay yi yi! Was I a sight. The boat rental lady felt so bad when I told her what happened. She asked why I didn't call for help. I have no idea why I didn't holler. Maybe I was afraid of calling attention to fresh meat in the water. Anyway, I did have the foresight to put my camera and phone on the deck before all the drama! 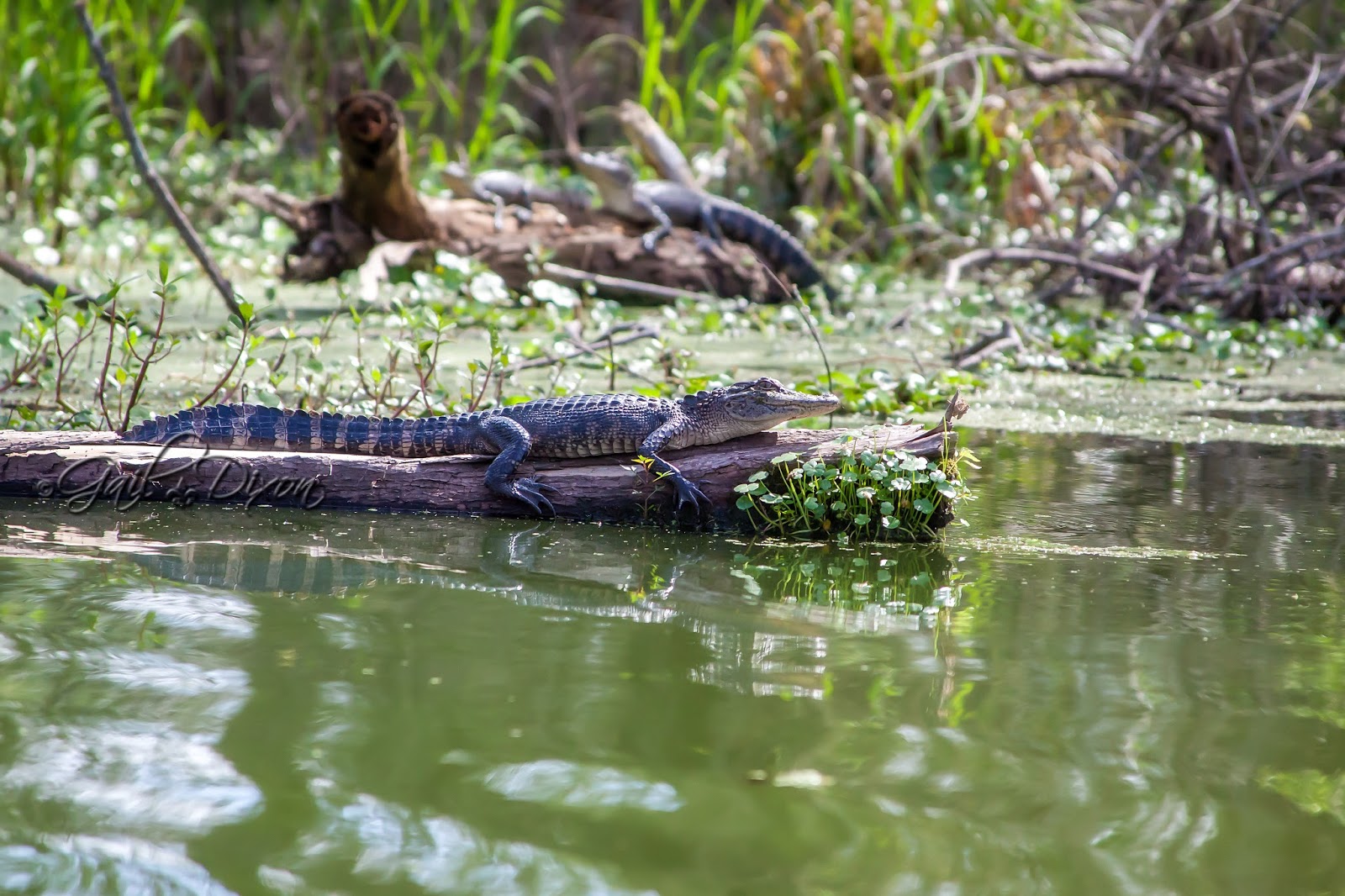 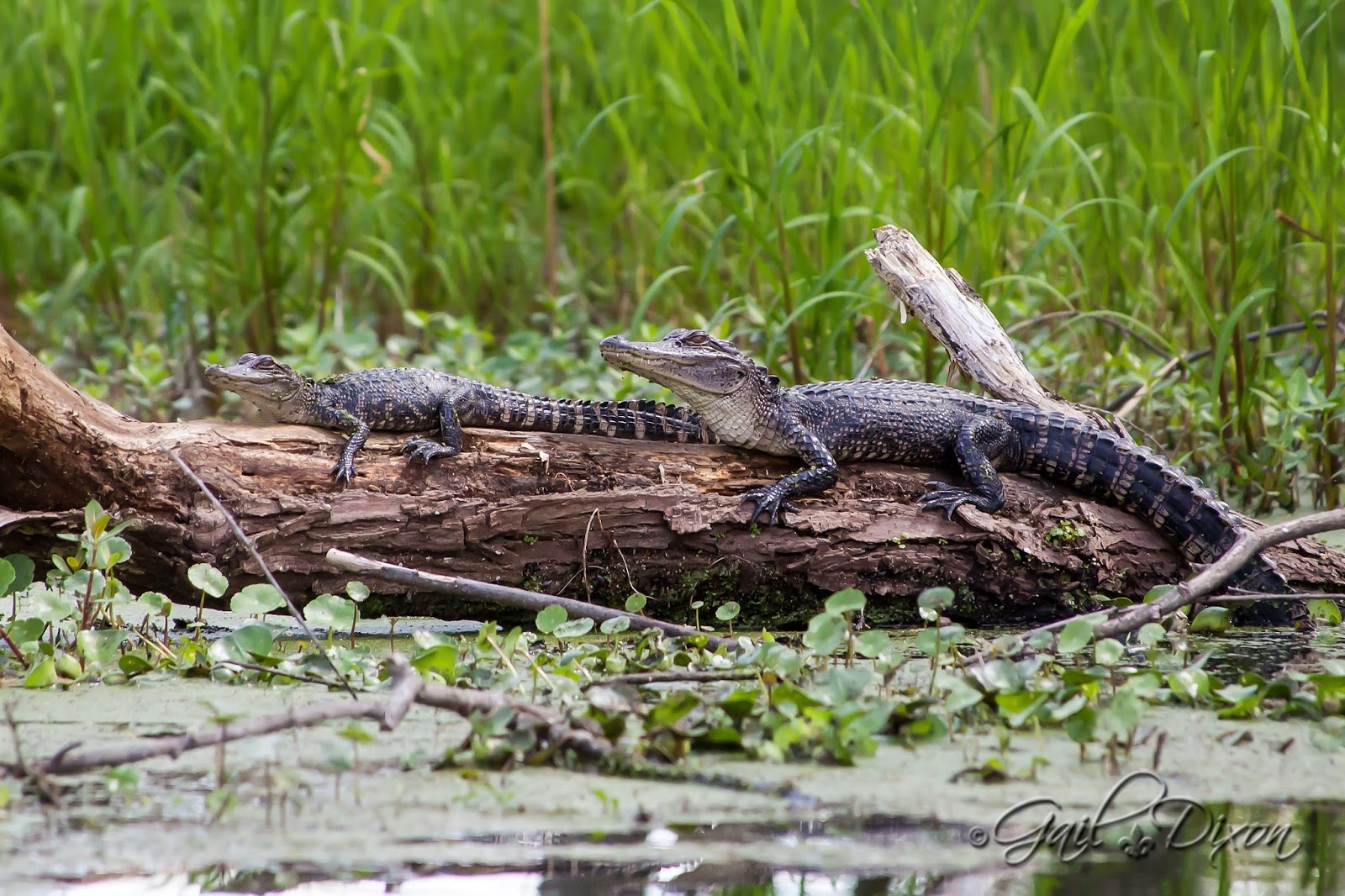 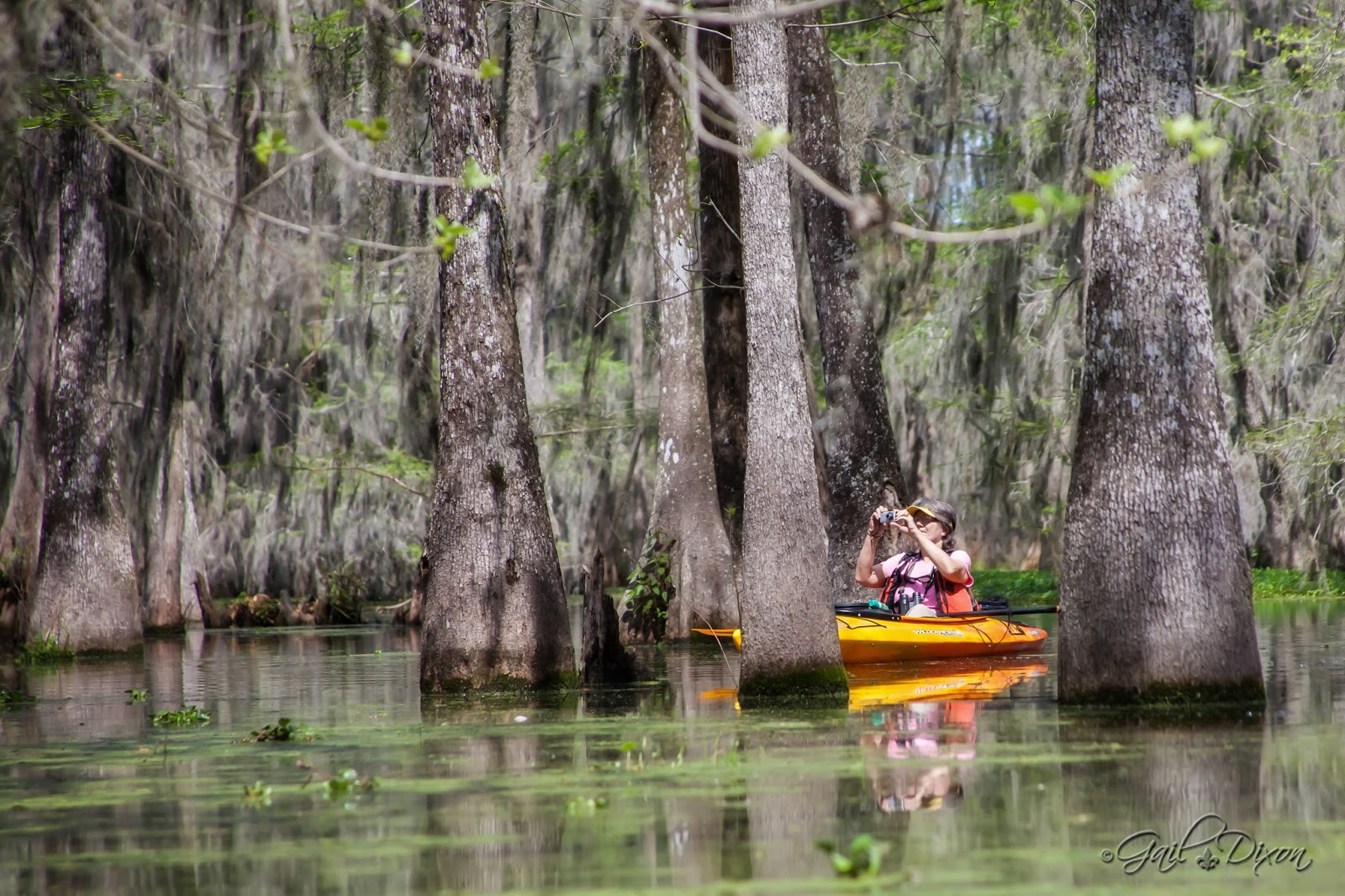 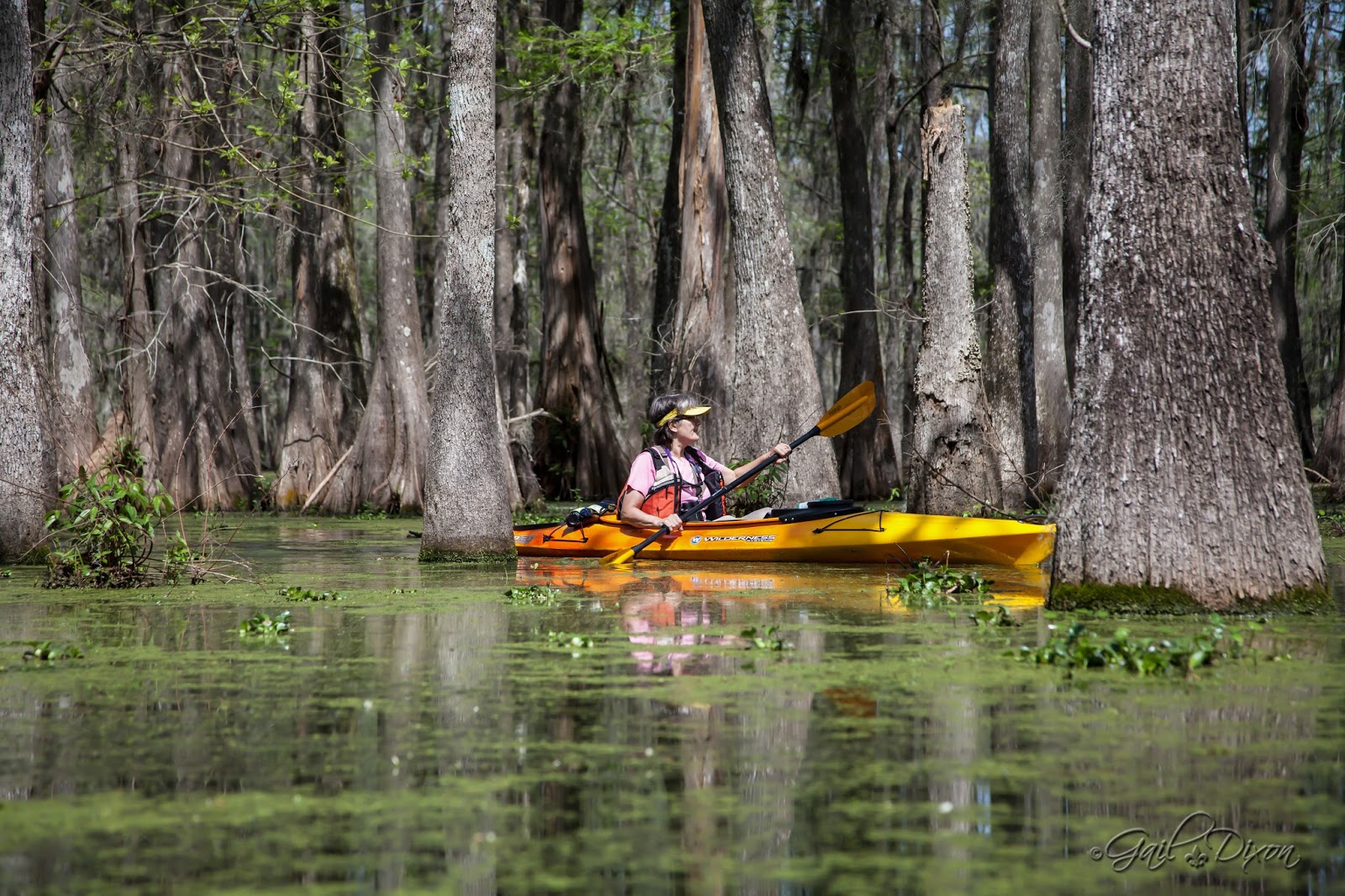 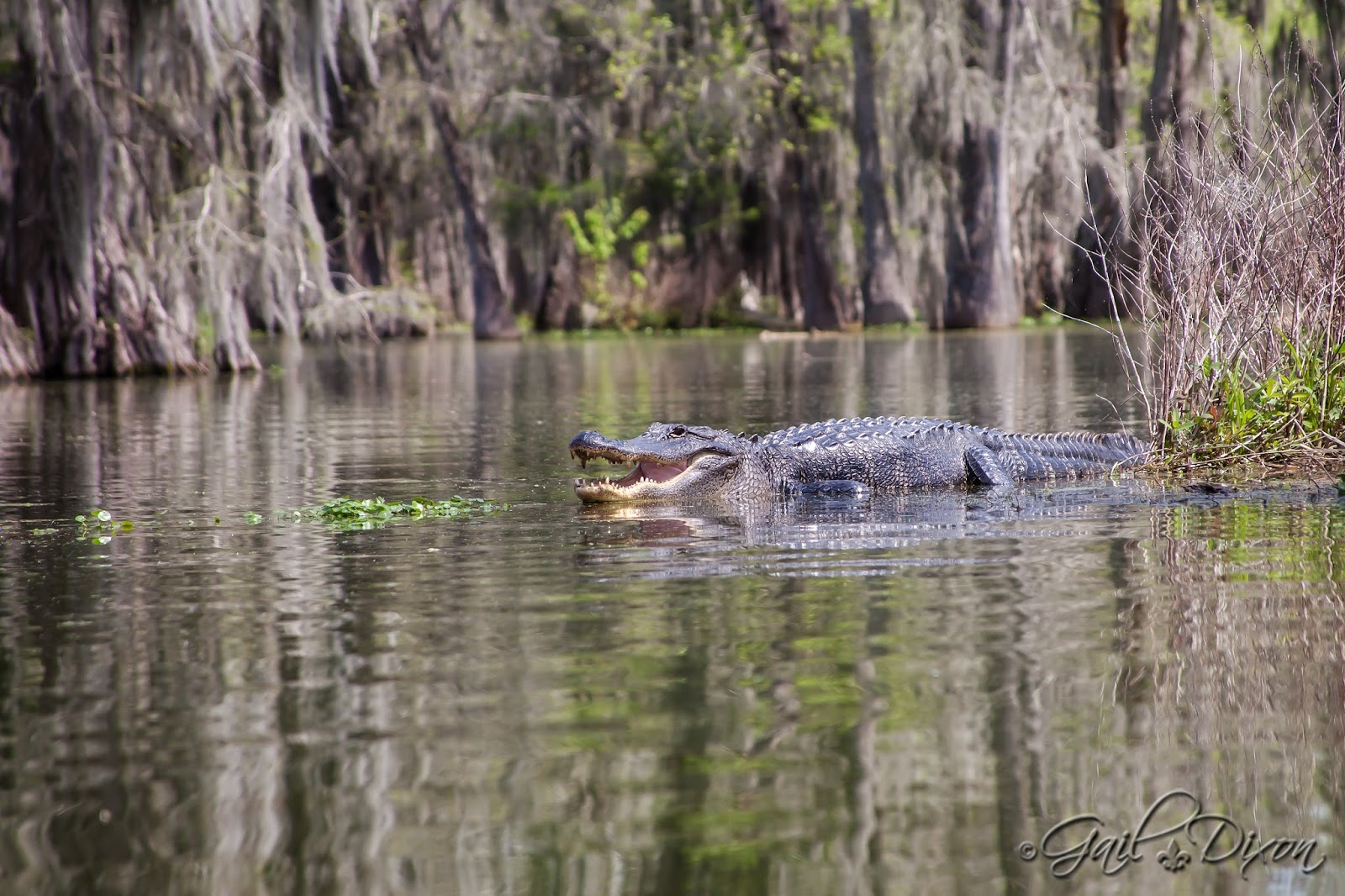 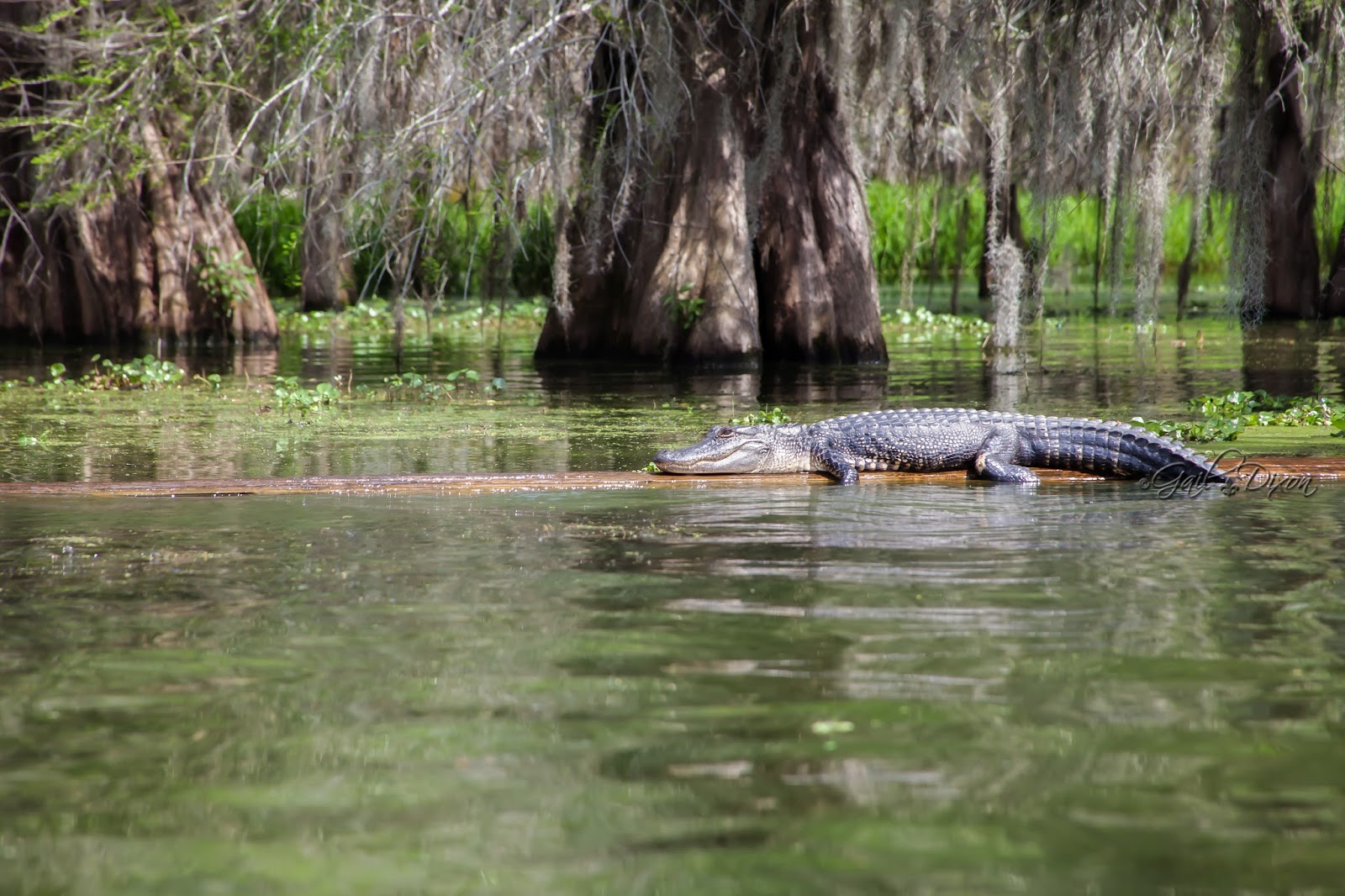 B and I had big plans EARLY Saturday morning in June to bird with a group on Myles Road in Donaldsonville, LA. We were pumped since the area is known as Bunting City. Buntings! As in Painteds and Indigos! Lots of them!!

We met at 6:30AM(!) in order to get to the destination by 8AM (!). After a few wrong turns, due to faulty GPS coordinates, we finally made it to the long and winding gravel road. By hour two I had sweated through my clothing, including my capris. I was praying people would understand that it was perspiration in the crotch/thigh area. I was completely potty trained over 50 years ago. :)

We saw the Painted and Indigo Buntings all right, but not how we'd imagined. They were few and far between, high up in the canopies or perched high on electrical wires. Out of a couple hundred photos I managed to salvage these seven. 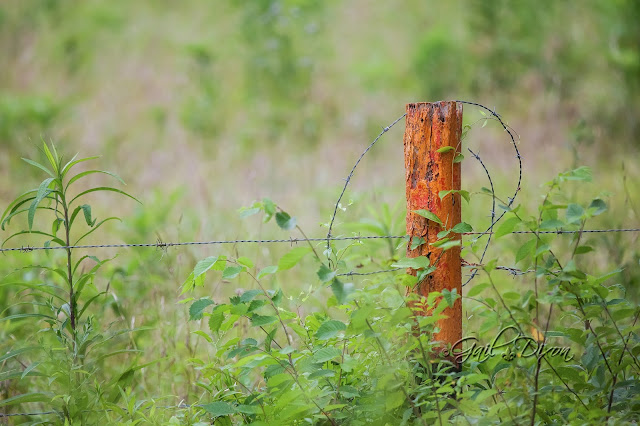 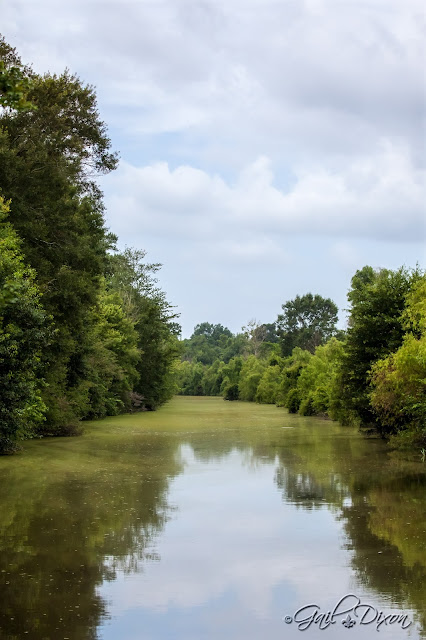 Our fearless leader noted over 41 species that day, including a Meadowlark, White-eyed Vireo, and Belted Kingfisher. I must've missed those during my heat stroke. For a birder it was a great day; for a photographer, not so much.